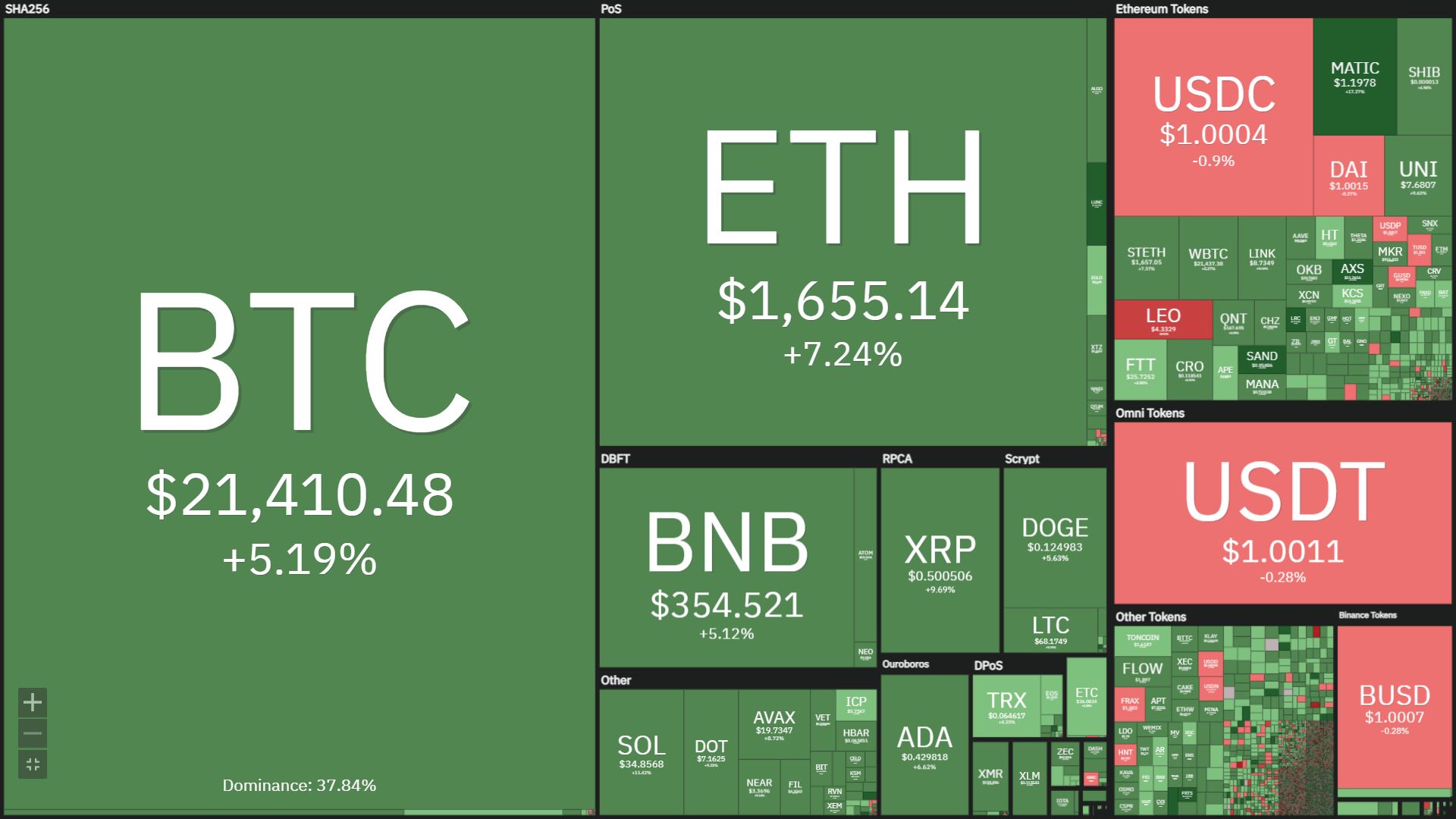 As of the morning of November 5, the price of Bitcoin (BTC) is temporarily peaking at $21,460, up nearly 5.5% from 24 hours ago. This is also the highest value threshold of the world's largest cryptocurrency since mid-September.

The current surge in BTC stemming from the US jobs report in October 2022 has added 261,000 jobs, 200,000 higher than the forecast. US stocks responded to this news with a strong recovery after being affected by the interest rate hike and the latest statement from the Fed President. However, the unemployment rate in October came in at 3.7%, higher than the forecast of 3.6%.

The world's second largest cryptocurrency, Ethereum (ETH), on the evening of November 4, at some point spiked to $ 1,680, also the highest price in the past 7 weeks.

Many other altcoins are also showing strong recovery signals.

The percentage of derivatives orders liquidated in the last 12 hours is nearly $170 million, with ETH more than 3 times higher than BTC. The number of short orders burned in it was 76%.

However, next week, specifically at 07:30 PM on November 10 (Vietnam time), the US will release the October Consumer Price Index (CPI) report. This is an important parameter because it will represent represents the inflation rate in the world's largest economy, which in the past time has continuously caused the crypto market to wobble whenever there are negative results.