Disclaimer: The following analysis is the sole opinion of the author and should not be considered investment advice.

Axie Infinity (AXS) has been in a bearish momentum since mid-August. It has dropped from $20.1 to $6.81 at press time. But AXS seems determined to take the next step. 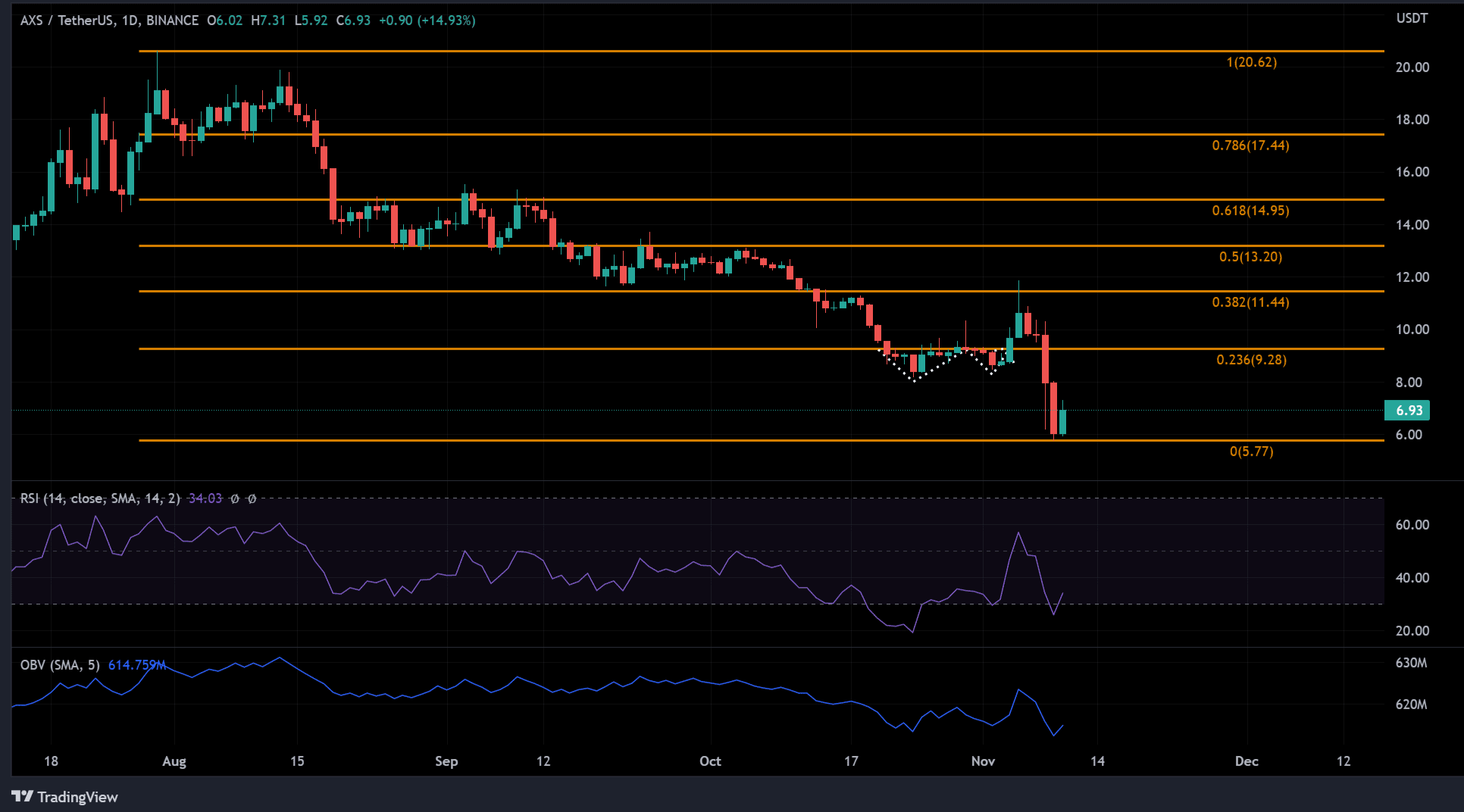 AXS successfully broke out from a double bottom (dotted, white) in early November. However, a pullback as the price fell further only to find a stop at Fibonacci 0 ($5.76).

On the lower time frame chart, we see the price recovering from the $6.1 level. The daily timeframe shows a similar trend, which suggests that the bulls may soon find an opening.

The RSI recovered from the oversold zone, showing that selling pressure is easing. This may reinforce the idea that the bulls may soon take control. However, strong buying can only be confirmed in the next few days.

If the bulls turn up, the 0.237 Fibonacci level ($9.27) is likely to be the target for long-term trades. That would also make $5.76 an entry if it is retested before the constraint breaks.

However, a daily candle closing below $5.76 will invalidate the previous bullish thesis. Therefore, investors can place a stop-loss order just below $5.76.

According to Santiment, Axie Infinity has seen a significant decline in network growth and social activity. An increase in the indexes was recorded around the second quarter but decreased in the third and fourth quarters.

The market-to-realized value (MVRV) ratio has remained negative since the beginning of this year. It shows that long-term AXS holders have been losing money throughout the year.

However, the selling pressure seems to be easing, which could change the current sentiment if the bulls take over. However, the bulls will need significant volume to support enough buying pressure to reach or break the $9.28 target.

If the bulls fail to gather enough buying pressure, a push to the South is likely. The current bearish sentiment behind Bitcoin may justify the downtrend.