The sudden collapse of Sam Bankman-Fried's crypto empire has left the crypto mainstream facing significant losses. The impact of the events of November 5-15, 2022 can be compared to the collapse of Mt Gox in 2012.

For the first time in two years, the price of the leading coin Bitcoin [BTC] has dropped below the $17,600 price point. According to data from CoinGecko, the cascading impact of the FTX crash caused the global crypto market capitalization to drop below $890 billion for the first time since January 2021.

While BTC HODLer remained resilient despite the market downturn, the FTX crash tested their faith. This is because many long-term holders have sought the safety of their investments in the last week.

On-chain analytics firm Glassnode, in a new report, looked at several metrics to gauge whether there was “a marked loss of trust” among BTC holders during the FTX crash.

Let's take a closer look at some of these indicators.

Glassnode looked at the supply figures for long-term holders of BTC and found that the BTC category least likely to be spent has decreased since Nov. 6. Glassnode found that around 48,110 BTC has been spent spending in the last seven days. While this is a notable decline, Glassnode says it's not enough "to infer a general loss of trust." However, he warned that the figures' continued decline "could suggest otherwise." 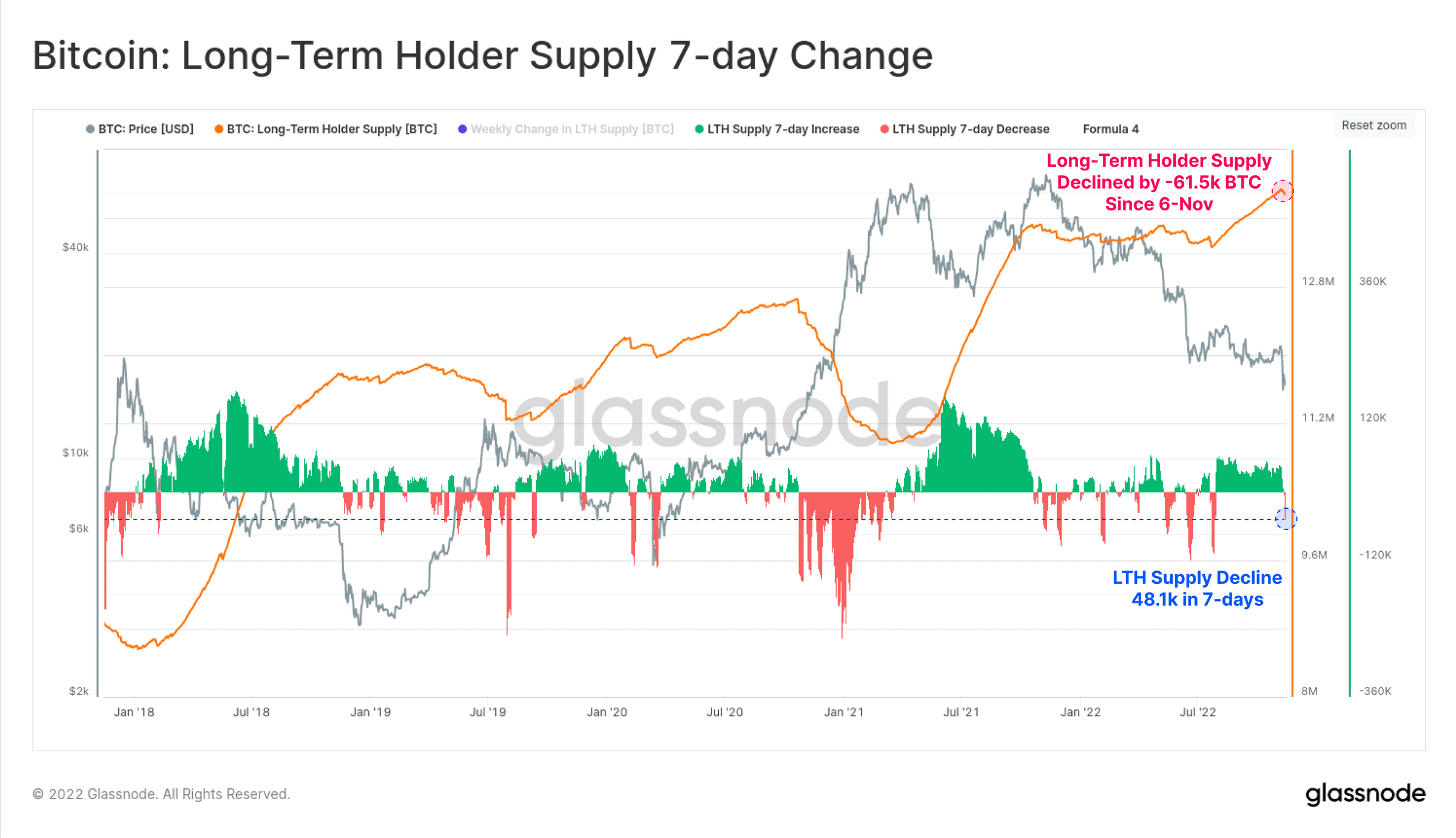 Another metric showing the drop over the past week is the restored BTC supply. According to Glassnode, 97,450 BTC over a year old have been in use “and likely returned to liquid circulation” in the past week.

While this is an unusual move, representing a +0.83 sigma move in four years, Glassnode notes that it is "not of historical importance yet." However, it must be viewed as a continuous increase. This is because an increase in the number of BTC holders spending BTC longer than a year means that holders will lose their judgment.

Additionally, Glassnode found that the average age for each BTC spent has also increased by more than 90 days in the past week. According to the report, this rate is three times higher than what was spent in September and October.

“The increase in spending on older coins is noticeable and matches the spike seen in previous capitulation liquidations and even profit taking in the bull market in 2018. 2021. A sustained uptrend or elevated levels of inactivity could indicate that a more general panic has occurred in the HODLer pool.”

On a final note, Glassnode stated:

“Overall, there was definitely an immediate level of panic among the HODLer team. However, given the severity of the circumstances, it can be said that this is an expected outcome. What's perhaps more interesting is that if these spikes ease in the coming weeks, it would suggest that the pullback is more of an 'event' than a 'trend'."