Investors should be cautious as the crypto winter is likely to last another 12 to 18 months, said Coinbase CEO Brian Armstrong. 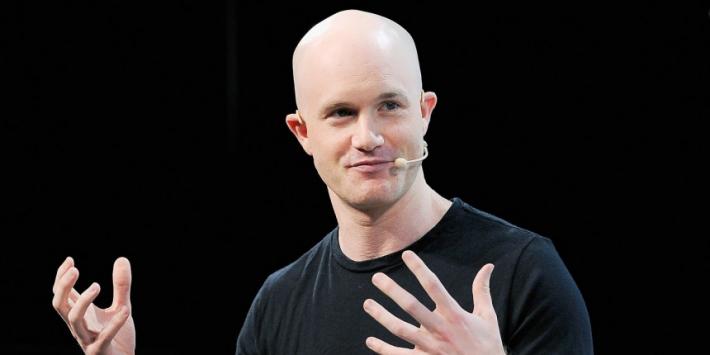 Amid a struggling global economy, Coinbase is still looking at cutting costs and changing its revenue model, CEO Brian Armstrong said in an interview with CNBC.

As reported by Crypto Fox News, Coinbase reported a loss of $1.1 billion and revenue plunged more than 60% in the second quarter. However, the CEO said that the current recession is not unusual as his company has faced four harsh cycles in the past 10 years, since its founding.

The current macroeconomic environment is also reminiscent of what his company has experienced in the past:

“I think one of the reasons why Coinbase has been so successful in 10 Last year it was because we just tried not to focus on the short-term ups and downs.”

One lesson learned by the CEO is that they want to stay away from transaction fees, which are the main source of revenue for the platform. He explained that in a bull market, these are a significant source of revenue for the company, but they will dry up by the time the market falls into winter like it is now. As a result, Coinbase is slowly shifting its business into what he calls “subscriptions and services”:

“We recognize transaction fees… [are] still going to be an important part of the business.” our business for 10 years or even 20 years, but I want to create a scenario where more than 50% of our revenue comes from subscriptions and services, which account for 18% of our sales. collect."

When asked what kind of subscriptions will be offered in the future, Armstrong only mentioned “staking and many other services”.

Armstrong believes that focusing only on the US market has been a mistake for many years. Besides the US, Coinbase is offering crypto services in several other countries, mainly North America and Europe, but it's not yet a truly global exchange.

In a bid to jostle with the SEC, Armstrong hopes Coinbase will receive regulatory clarity after the election. He also expressed enthusiasm:

“We have actually negotiated with the regulators and I think that is a good sign. And our shared goal is to help promote regulatory clarity globally.”

Company culture and working remotely were also mentioned by the CEO in the interview. Although founded in San Francisco, Coinbase is not yet officially headquartered and all employees are working online. Armstrong commented that the telecommuting structure has made a positive contribution to recruitment but has eroded learning, growth, innovation and trust. As a result, Coinbase is promoting a plan to meet with employees in person at least once a quarter.

Overall, the top crypto exchange in the US is struggling. Since the Q1/2022 financial report with a 53% drop in net sales, COIN stock price has continuously bottomed. Even in order to cut costs and improve profitability, Coinbase has made the decision to lay off 1,100 employees and discontinue the Coinbase Pro platform by the end of 2022. The company has said to continue. continue to cut costs, get ready for a harsh winter in the next 12-18 months, and beyond.

Not stopping there, the instability also comes from the fact that the former Coinbase Product Manager was arrested for insider trading, leading to a series of legal actions from the US Securities and Exchange Commission. United States (SEC) as accused the exchange of listing 9 security tokens and a series of other FUDs.

In the midst of a FUD storm, up to the beginning of this month, before the news that Coinbase partnered with the world's largest asset manager BlockRock, COIN was "jumping" increased sharply. But so far has leveled off and is trading around 71.18 USD.