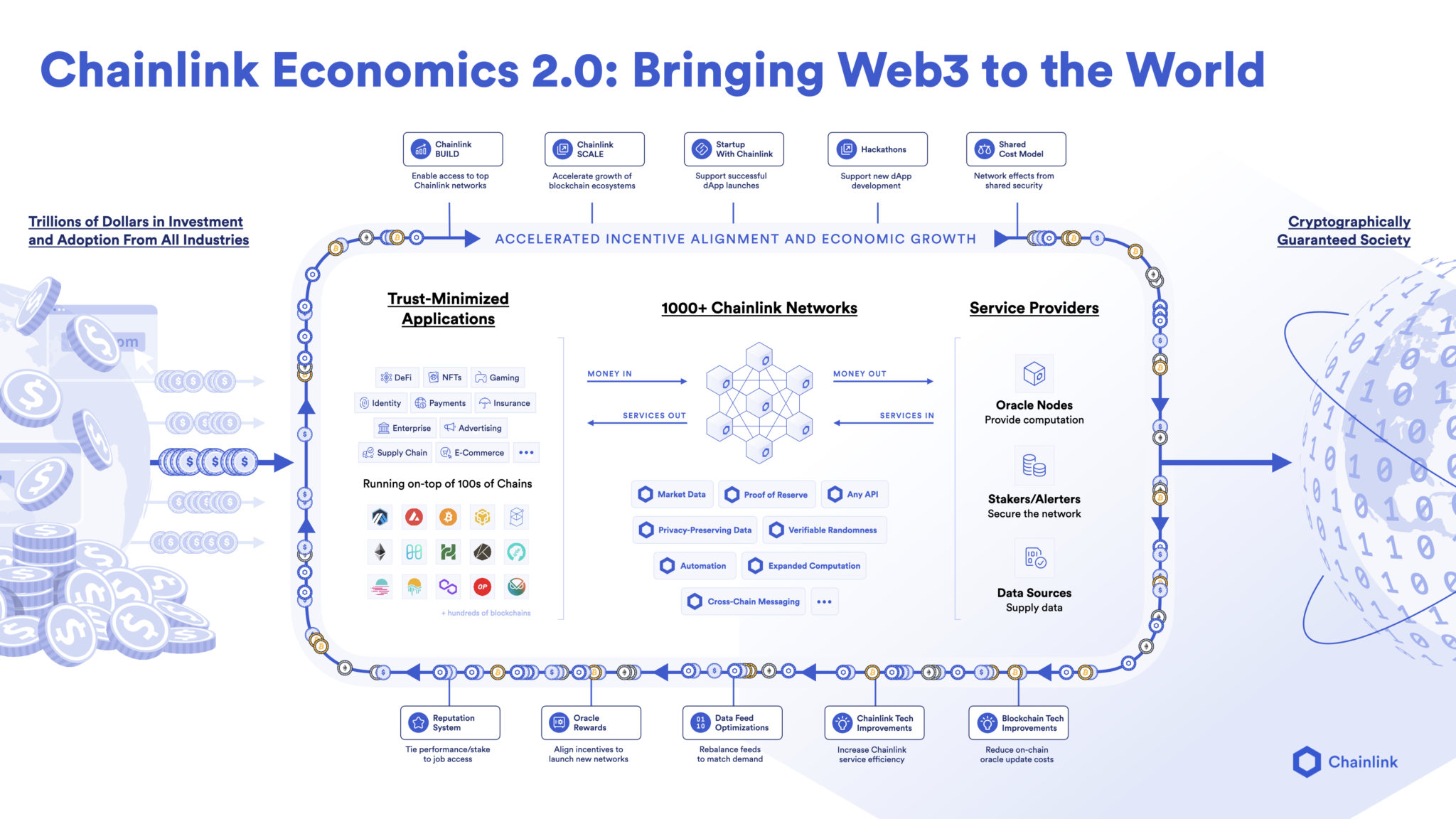 Staking is a core initiative within the Chainlink Economics 2.0 framework , allowing LINK token holders and node operators to earn passive rewards as well as contributing to the security of this leading oracle network.

Eligible addresses are staking up to 7,000 LINK in pool v0.1 limit. This pool will open for public access two days later, meaning anyone can join with the same limit for each address.

Chainlink Staking is an economic security mechanism, participants will send LINK to the network through smart contracts to upgrade the performance of oracle services.

The v0.1 beta release is the first phase of Chainlink Staking, which includes a pool that powers the ETH/USD trading pair feed on Ethereum. By participating in the decentralized alert flagging system if the feed does not meet the quality, users will be rewarded.

Pool staking is initially capped at 25 million LINK, representing 5% of the current circulating supply or 2.5% of the total supply and will gradually scale to 75 million LINK. The pool was initially only for two types of stakers: Node Operator Staker (2.75 million LINK) and Community Staker (22.25 million LINK). Each operator that is actively serving the network is given an initial 50,000 LINK.

To determine which community members have access to the pool space, Chainlink has created a fair entry mechanism as shown below. These Early Access members can stake up to 7,000 LINK, according to FCFS mechanism before the limit is reached.

To secure the system, the initial staking rewards of both the Node Operator and Community Staker will be locked until the official staking launch in the future, which is expected around 12 to 24 months after v0.1.

This mechanism allows stakers to flag an alarm if they detect an event that the oracle service incorrectly responds to. If valid, staker can be rewarded up to 7,000 LINK. The ETH/USD trading pair on the Ethereum mainnet will be the first source of price data to be implemented.

Node Operator Staker is executed in the first 20 minutes. After this priority period, any staker is entitled to issue a warning if there is still no valid answer.

– Node Operator Staker: is expected to receive a basic 5%/year on LINK committed staking, along with a 5% authorization bonus from Community Staker.
– Community Staker: is also expected to enjoy 5%/year on the total number of LINKs committed to the network. From this annual bonus, 5% will be transferred to the Node Operator Staker as an auto-authorization bonus.

For Chainlink to be sustainable, user fees for participating in the ecosystem will be used to offset node operating fees and reward other participants. In the future, this model will be expanded and profit deducted for stakers.

In addition to the above rewards, stakers participating in v0.1 also accumulate additional incentives, depending on the level of each project, which will be offered through Chainlink BUILD in the future. The program aims to promote the development of early-stage projects in the ecosystem, technical support and other incentives for service providers.

The reputation system is an additional component of the Chainlink 2.0 economy, to establish and evaluate the performance of nodes on the oracle network, including the following basic criteria:

The upcoming staking v0.1 is crucial to Chainlink's security. Combining Economics 2.0 with Chainlink BUILD and Chainlink SCALE programs, this ecosystem is entering a period of sustainable growth, upgrading security, and providing new value to the entire network.

Before the above news, the price of LINK has changed quite positively and is trading around the mark of 6.77 USD, the part is also correcting up according to the general market, right after the announcement that the Fed will gently reduce the rate of interest rate increase. capacity in the coming periods.