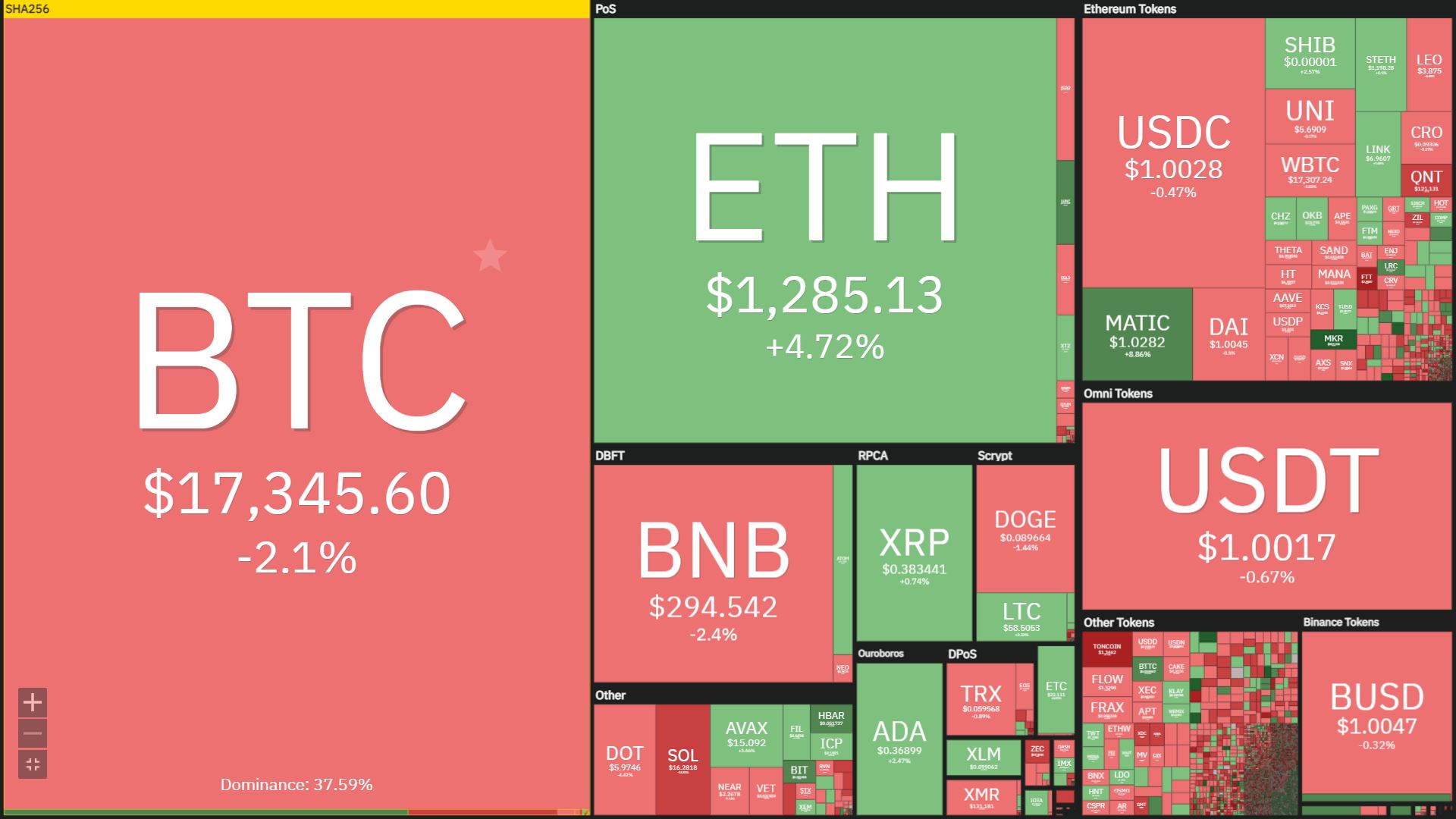 At 8:30 PM on November 10, the US announced the Consumer Price Index (CPI) of October. On this same day last year, CPI hit its highest level since 1990, out of all expectations, directly leading to to Bitcoin and Ethereum co-founding ATH.

According to the latest data released, the US CPI in October was 7.7% - lower than the 7.9% forecast of analysts. Previously, during the month's interest rate adjustment, the Fed kept the increase of 0.75% as it has repeatedly confirmed to the media. Thus, the Fed's continuous interest rate hikes have finally curbed inflation in the US, which has remained at a multi-decade high throughout the months of 2022.

The market should have been quite "familiar" with times of macro news like this, so many people expect price movements not to be too strong. However, just a few days ago, the entire industry witnessed an extremely shocking event that completely changed the field: Drama Binance – FTX.

Therefore, the recovery level of the currencies is quite weak, when BTC can only slightly inched up to 17,800 USD to be pulled back, while ETH does better when it is back to 1,329 USD.

The currency that suffered heavy losses in the past time, FTT, did not have any positive changes when it was still "finding the bottom" at 2.8 USD. While SOL temporarily jumped to 17.50 USD when the rumor that a certain amount of SOL was about to be unstacked on the afternoon of 11/10 passed without leaving an impact.

The total of derivatives orders liquidated in the last 4 hours is $70 million, with nearly 69% being short.