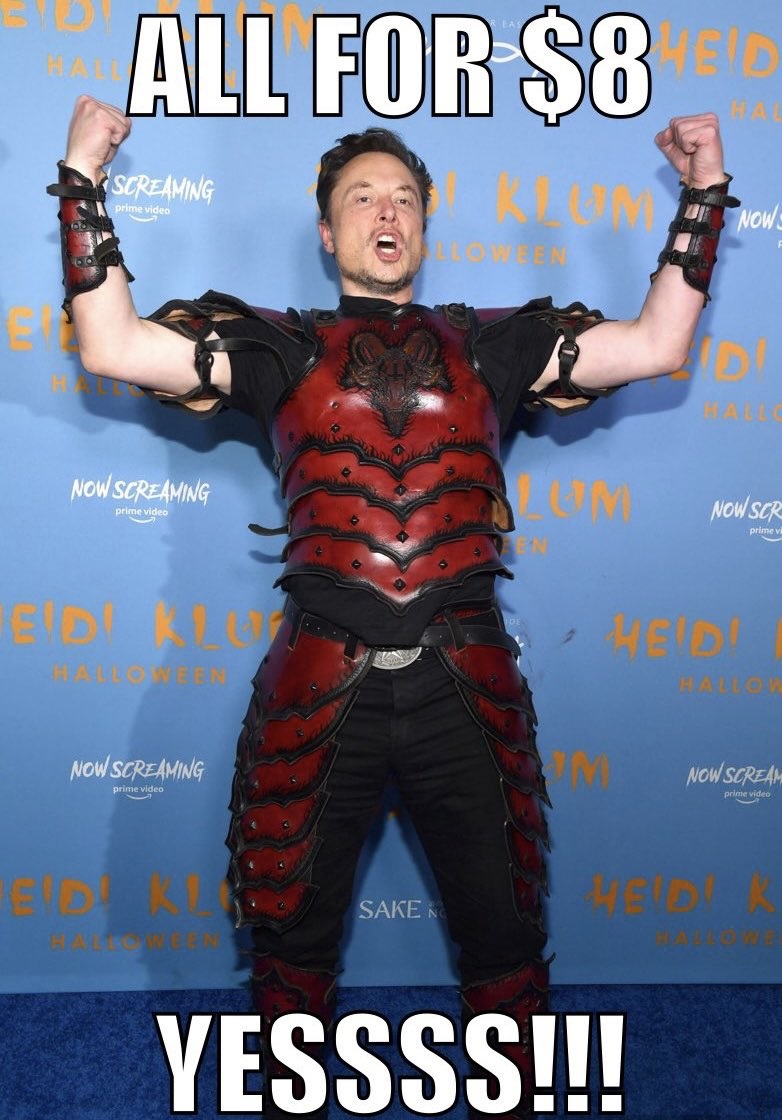 At dawn this morning, Elon Musk announced a plan to verify users on the social networking platform Twitter, which he purchased outright at the end of October.

The Twitter blue tick that many people want from here is easier than ever to get, for just one price. Billionaire Tesla said:

“Twitter's current system of lords and serfs that applies to people with or without a blue tick is bullshit. Power is in the hands of the people, green ticks only cost 8 USD/month, depending on the purchasing power parity of each country.

Although the change is welcomed by some, others have expressed concern that it will help scammers, no different from the problem of bots or a permanent spam account on Twitter and also an excuse for scammers. Musk has balked at acquisitions several times.

But about 2 hours ago, the Twitter boss again provoked:

“For those of you who complain, keep commenting, but it (the green tick) still costs $8.”

According to a source familiar with the matter, Elon Musk gave Twitter employees an ultimatum on October 30, if they don't sign up for Twitter Blue by November 7, they will be fired.

Twitter Blue went public nearly a year ago as a way to block ads and provide more exclusive features for account holders. In the last few quarters that Twitter reported earnings as a public company, advertising still accounted for the majority of the organization's revenue. It seems Musk is looking to boost Twitter Blue signups for the upcoming period.

As reported by FoxCryptoNews on the afternoon of October 28 (New York time), the popular social network Twitter has officially belonged to billionaire Elon Musk. As soon as he became the new owner, he immediately purged the personnel apparatus, and fired 4 senior positions to the surprise of many people. The cryptocurrency market also had many shakes as soon as the acquisition closed, especially the meme coin modeled on DOGE and the junk coin system following the Musk effect.

But today's move is just one of the first wobbly steps under the new administration. Let's wait with FoxCryptoNews for the next "trick" that the billionaire will launch to purge Twitter!