Bitcoin bounced up before the US announced CPI, Ethereum upgraded The Merge

The world's largest cryptocurrency Bitcoin (BTC) on the morning of September 12 jumped to its highest level since the August 19 dump. 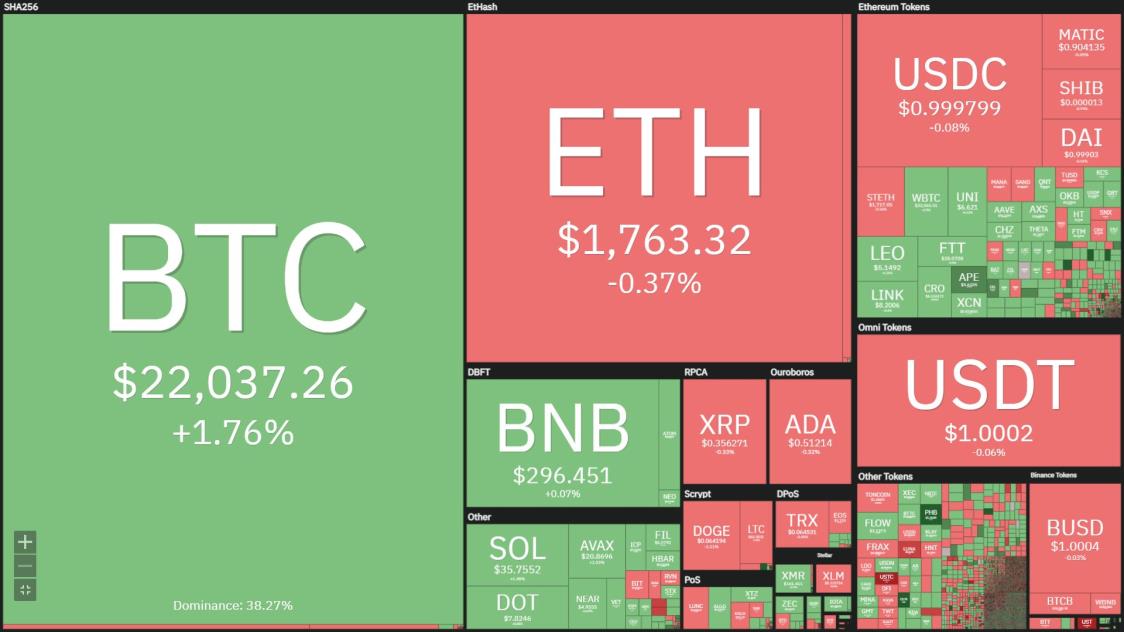 Following a series of days of recovery since hitting a 2-month low of $18,649 on September 6, Bitcoin (BTC) on Monday morning (September 12) made another new high. at $22,374. This is the highest value threshold that this coin has set since mid-August.

Thus, Bitcoin is having a series of 6 consecutive days of green background since September 6. This is a good sign before the entire crypto market is entering a very important week.

First, on the evening of September 13, the US will publish the Consumer Price Index (CPI) for August 2022. This is a signal that represents the inflation rate of the world's largest economy, which has been at a 4-decade high in recent months. BTC in particular and the crypto market in general often fluctuate strongly because of US inflation news, with the main reason being influenced by the US stock market.

Next, around the middle of the week, expected to be from September 13-15, the second largest coin in the market, Ethereum (ETH), will trigger the most important upgrade in its history, called The Merge. This upgrade will merge Ethereum's Proof-of-Work and Proof-of-Stake blockchains, eliminate mining, reduce new coin generation, and cut network power consumption by more than 99%.

As such, these will be the two main events that the crypto investment community needs to keep an eye on this week.

Similar to Bitcoin, Ethereum is also volatile at the time of writing, but has not been able to "build a column" as clearly as the oldest currency.

The latest increase of BTC has caused nearly 60 million USD of derivative orders to be liquidated in the past 1 hour, of which short orders account for 70%.