In the 12 hours after the US released the latest CPI data, the cryptocurrency market continued to decline back to the price range of a week ago. 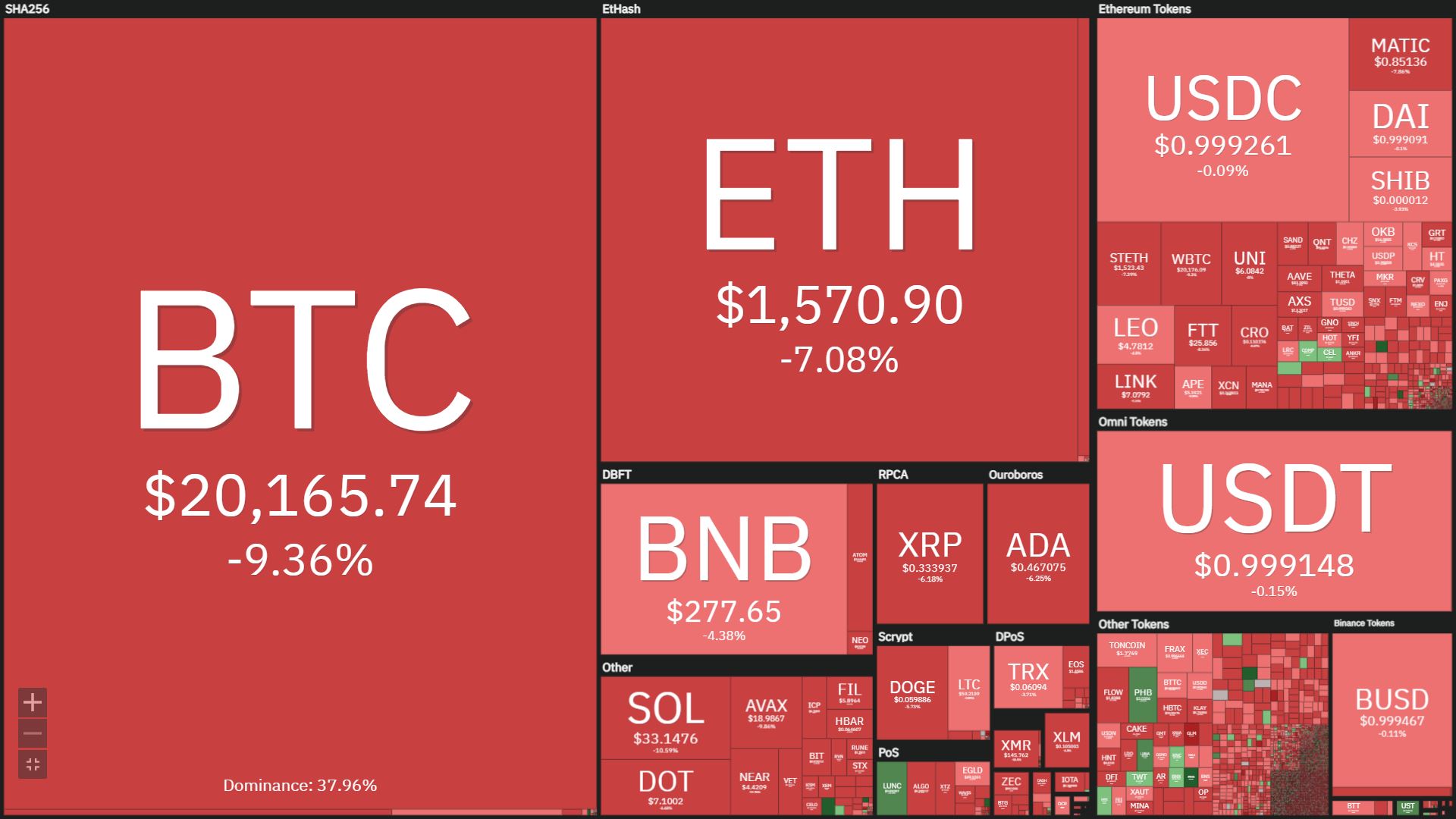 As reported by FoxCryptoNews, on the evening of September 13, the United States released the Consumer Price Index (CPI) data for August 2022, a measure commonly used to show the inflation state of the economy. economy. Accordingly, US CPI last month reached 8.3%, slightly down from 8.5% in July but not equal to the expectation of economic observers at 8.1%.

Meanwhile, core CPI (minus volatile items such as fuel and foodstuffs), increased from 5.9% to 6.3%, beating the forecast of 6.1%. This shows that inflation last month is likely to decrease because the energy crisis has cooled down, but the prices of other goods in the economy will still increase.

The above information has had a huge impact on both the traditional financial markets and the cryptocurrency markets, as it will directly affect the decision to raise interest rates later this month by the US Federal Reserve (Fed). . From being optimistic that the Fed may reconsider and only raise interest rates by 0.5% instead of 0.75% as previously announced by Chairman Jerome Powell, many observers are now concerned that the Fed may stronger hand to control inflation and make an adjustment up to 1% on September 22.

Bitcoin in the past 12 hours has at times dropped to $ 19,860, losing nearly 13% of its value since the peak of $ 22,800 during the inflation news. This is the lowest price of BTC since September 9, when the world's largest cryptocurrency started to rise to welcome news of inflation.

Ethereum (ETH) is similarly tragic when it drops more than 12% from $ 1,760 to only $ 1,552, despite The Merge event only about 24 hours away. It seems that right before the most important upgrade in the coin's history, crypto investors have begun to be cautious instead of putting more faith in the price of ETH continuing to rise after The Merge.

Following the decline of BTC and ETH, the major cryptocurrencies in the market are now also recording a 5-10% retracement within 24 hours.

The entire crypto market cap fell to $136 billion at the worst of the dump and is now just $988 billion, once again losing the 1,000 billion mark.

During the recent dump in the crypto market, up to 235 million USD of derivative orders were liquidated in the last 12 hours, mainly concentrated in BTC and ETH, with the rate of long orders accounting for 82%.

The US stock market also ended the session on September 13 (US time) with the red color and major indexes all falling from 4-5%.

The entire stock market has lost about $1.6 trillion in capitalization because of the recent drop, making this the worst trading day of 2022, so far.