Bitcoin plunges to $20,000 ahead of Fed's speech, engulfing the market in a "sea of blood"

Bitcoin (BTC) and the entire crypto market were once again wildly volatile in the early morning hours of August 27 as Fed Chairman Jerome Powell delivered a few brief remarks on the current state of US inflation. 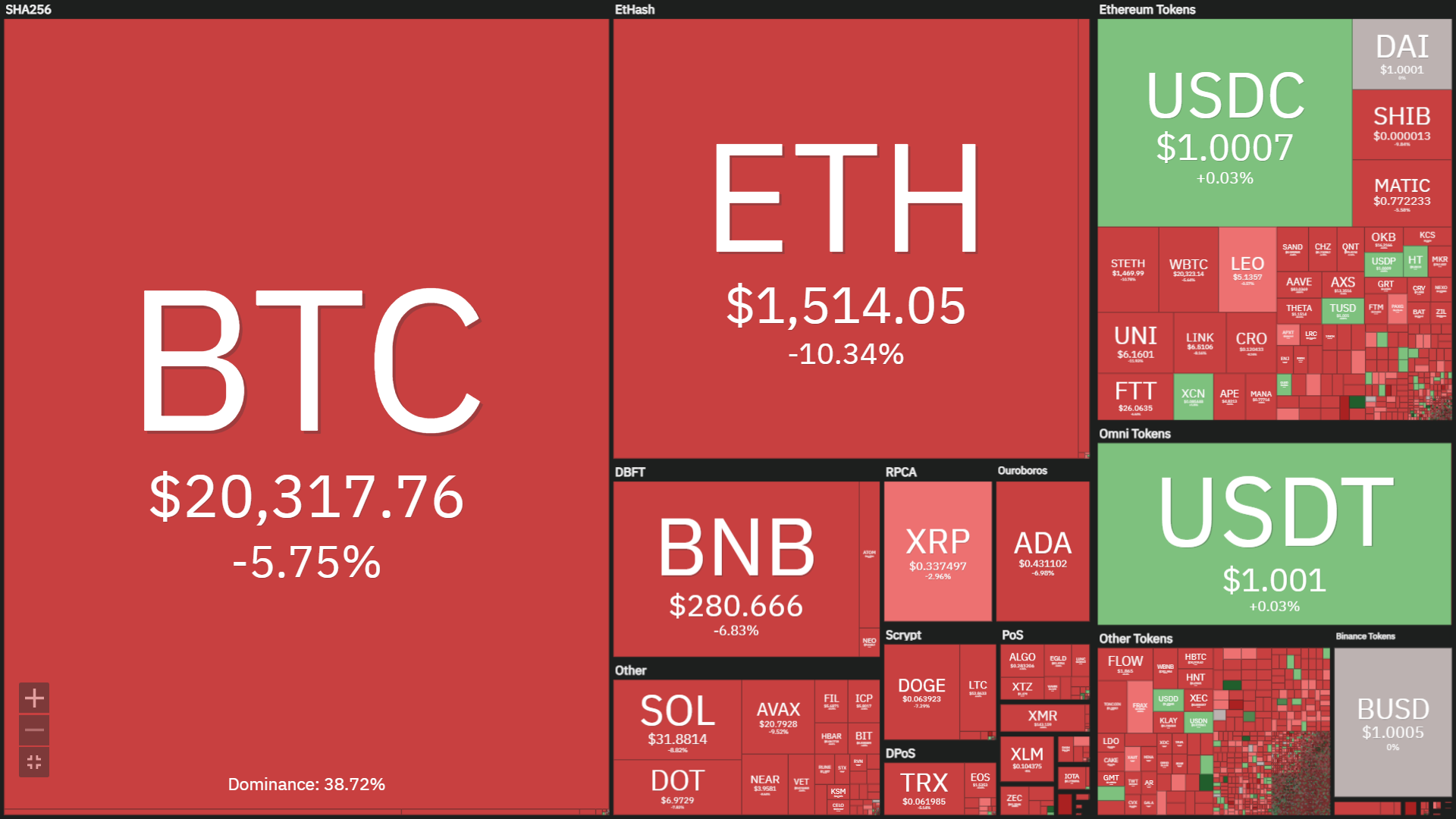 Specifically, on the evening of August 26, in his highly anticipated annual policy speech at the annual Jackson Hole Conference taking place in Wyoming - the convergence of Central Banks, Treasury Secretary, investors, researchers interested in global financial markets, Fed Chairman Jerome Powell affirmed that the Fed will use the agency's financial tools more aggressively to Inflation "attack" is still near the highest level in more than 40 years. Accordingly, he hopes that the Fed will continue to raise interest rates even though this action will cause certain "pain" to the US economy. This is considered a strict commitment of the Fed Chairman to prevent inflation. “While higher interest rates, slower growth and softer labor market conditions will reduce inflation, they will also provide some hurt to households,” said Jerome Powell. and businesses. These are the unfortunate costs of reducing inflation. Restoring inflation back to our 2% target is our biggest focus right now.”

However, before the above information was released, Bitcoin had extremely violent fluctuations, plummeting to the area of ​​​​21,000 USD and quickly rebounding to 21,800 USD. However, when everything was publicly announced by the Fed President globally, BTC started to decline again, plunging from $21,800 to $20,100, the lowest price since July 15th. 2022. At press time, BTC is trading around $20,311.

Bitcoin's unstoppable plunge quickly engulfed the market in a "sea of ​​fire", causing most of the market leading altcoins to drop by double digits, especially Ethereum, the coin. coin, which is receiving a lot of attention from investors because The Merge event is also inevitable "tragedy".

ETH has broken through the support of $1,500 and fell to the $1486.85 zone, down nearly 10% over the past 24 hours and is trading at $1515. The sentiment of discharging ETH was even heavier with the news that Ethereum whales continuously pushed large volumes of ETH to the exchange before The Merge was activated.

Within the last 24 hours alone, $362.9 million was liquidated, of which more than 92% were long orders with ETH and BTC accounting for the highest proportion.

Not only crypto, Mr. Jerome Powell's short speech also "blown" $ 1.25 trillion on the US stock market on August 26.

The fact that a strong Bitcoin dump created a price shock on the entire crypto industry after the Fed's tough move about raising interest rates is not too surprising. Because in the first 2 weeks of August 2022, BTC had a relatively easy time to recover because this month, the Fed will not have any meeting to raise interest rates, but only give information about GDP and CPI, and BTC reacted quite positively to these two indicators to break above the $24,000 mark.

However, since then, the market has fallen into a "freeze" state, there have not been too many outstanding news that created the next price impetus for the BTC recovery trend. This inadvertently forms a sensitive period in terms of investor psychology, so with just a significant macro catalyst, BTC will quickly fluctuate.

However, it should be noted that in the next period of time, the Fed will have 3 more times to raise interest rates at the meetings on September 21, November 2 and December 14, Bitcoin is likely to remain face more difficulties in the future.