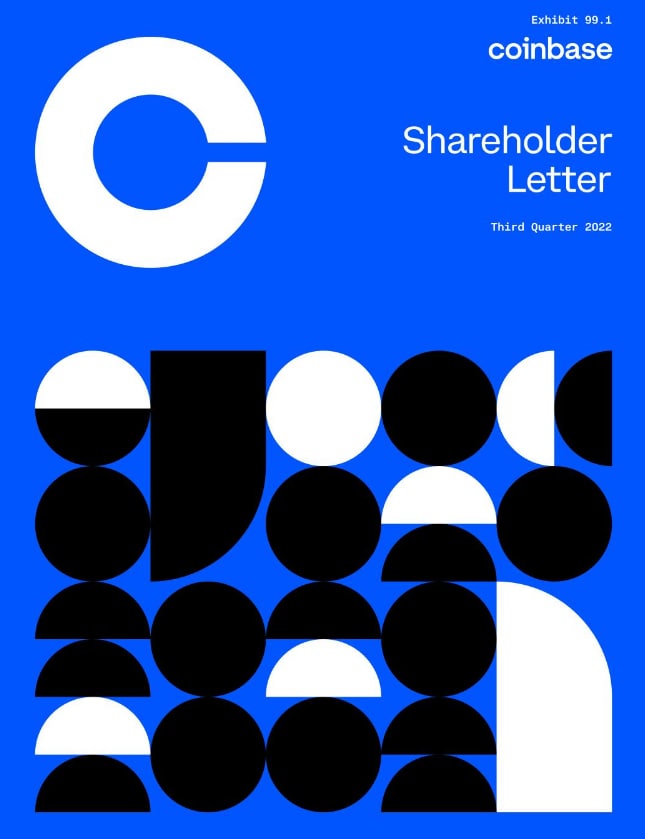 Cryptocurrency exchange Coinbase cut its losses in half to $545 million from $1.1 billion in Q2, amid cost cuts, downsizing, and trading volumes across crypto exchanges. bottomed in the last 2 years.

The exchange's trading revenue continues to be significantly impacted by macroeconomic headwinds and the overall cryptocurrency market. Coinbase projects this situation will continue until 2023, the company said in its letter to shareholders .

Total net revenue came in at $576 million, which was modestly lower than the $646 million estimate and a significant drop from the $803 million figure in Q2.

Revenue from trading activities in the second quarter reached 366 million USD, down 44% compared to the same period last year, due to meager transaction volume. Meanwhile, subscription and service revenue increased 43% to $211 million, driven by attractive interest rates offered by the exchange. Some experts see this as the highlight of the earnings report.

As of September 30, total assets on the platform have increased by 4%, from $96 billion to $101 billion. Coinbase has approximately $5.6 billion in cash and cash equivalents plus $483 million in crypto.

Monthly Transactional Users (MTU) reached 8.5 million, 7.7 million lower than forecast. In it, it seems that "users have been fleeing from the US, which is our main business market". Partly motivated by reluctance about the upcoming US crypto regulatory framework.

The exchange said it remains “cautiously optimistic” in the previously shared $500 million EBITDA (earnings before taxes, interest, and depreciation) range, based on the assumption that the crypto market is not too bad and the customer behavior is constant.

“In a downtrend market, you can focus on building. Innovation is still happening and many organizations continue to enter this space and prepare for a time when the macroeconomy improves.”

In addition, Mr. Armstrong expects USDC to be the de facto CBDC in the US. They benefited from joining the USDC ecosystem in Q3.

As FoxCryptoNews reported, Coinbase cut about 1,100 jobs in June, the most recent of which was the departure of Chief Product Officer Surojit Chatterjee and cost controls.

Overall, Q3 has been a pretty bleak 90 days for Coinbase, partly because the market hasn't seen much volatility, and partly because business activity has not been outstanding and seems to have leveled off.