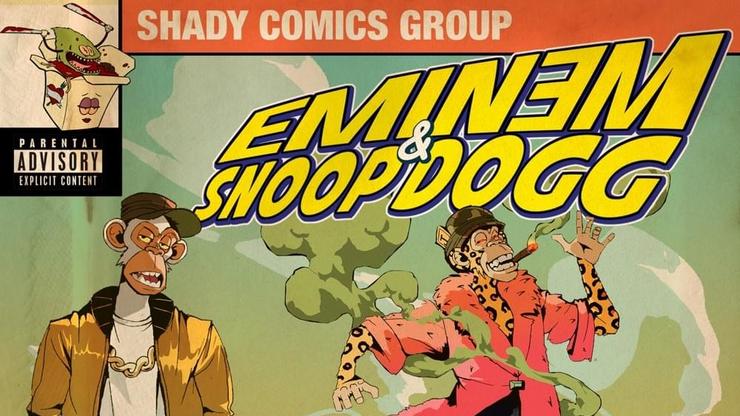 Veteran rappers Snoop Dogg and Eminem will perform the song "From the D to the LBC" together featuring NFT BAYC at the MTV's Video Music Awards (VMAs) on August 28, from inside metaverse Otherside.

Through a partnership with Yuga Labs and an upcoming performance, global rap icons will bring massive mainstream exposure to Otherside. However, there is not much information about this show at the moment.

It is known that this year's VMAs will have a "Best Metaverse Performance" category. Nominations for this award include Justin Bieber, Rift Tour (featuring Ariana Grande) and Twenty One Pilots.

VMAs hope that through the metaverse, they can attract more audiences to them. Since peaking at 12.4 million viewers in 2011, the award has continuously lost the interest of fans.

“From The D 2 The LBC” is Emine’s latest music video for “Rap God” and his first collaboration with Snoop Dogg in 20 years. Since its release, the product has been a hit with both artists and emerging Bored Ape-themed MVs. The song has brought in more than 46 million views on YouTube, 25 million streams on Spotify, and a VMA nomination for Best Hip-Hop Song.

But despite being a hit in the hearts of many fans, “From the D to the LBC” also encountered many mixed opinions.

Both Emine and Snoop Dogg are notorious NFT players, especially for BAYC. Rap God's Twitter account has an avatar of his monkey BAYC. Prior to that, Eminem rapped about Bitcoin on the album “Kamikaze” and collaborated with the Nifty Gateway platform to launch her first NFT. And Snoop Dogg appeared in Esther Anaya's EDM single "BAYC" and even hinted at the intention to issue its own token.