Users can now link crypto wallets and start sharing their digital collections to their Facebook and Instagram accounts. 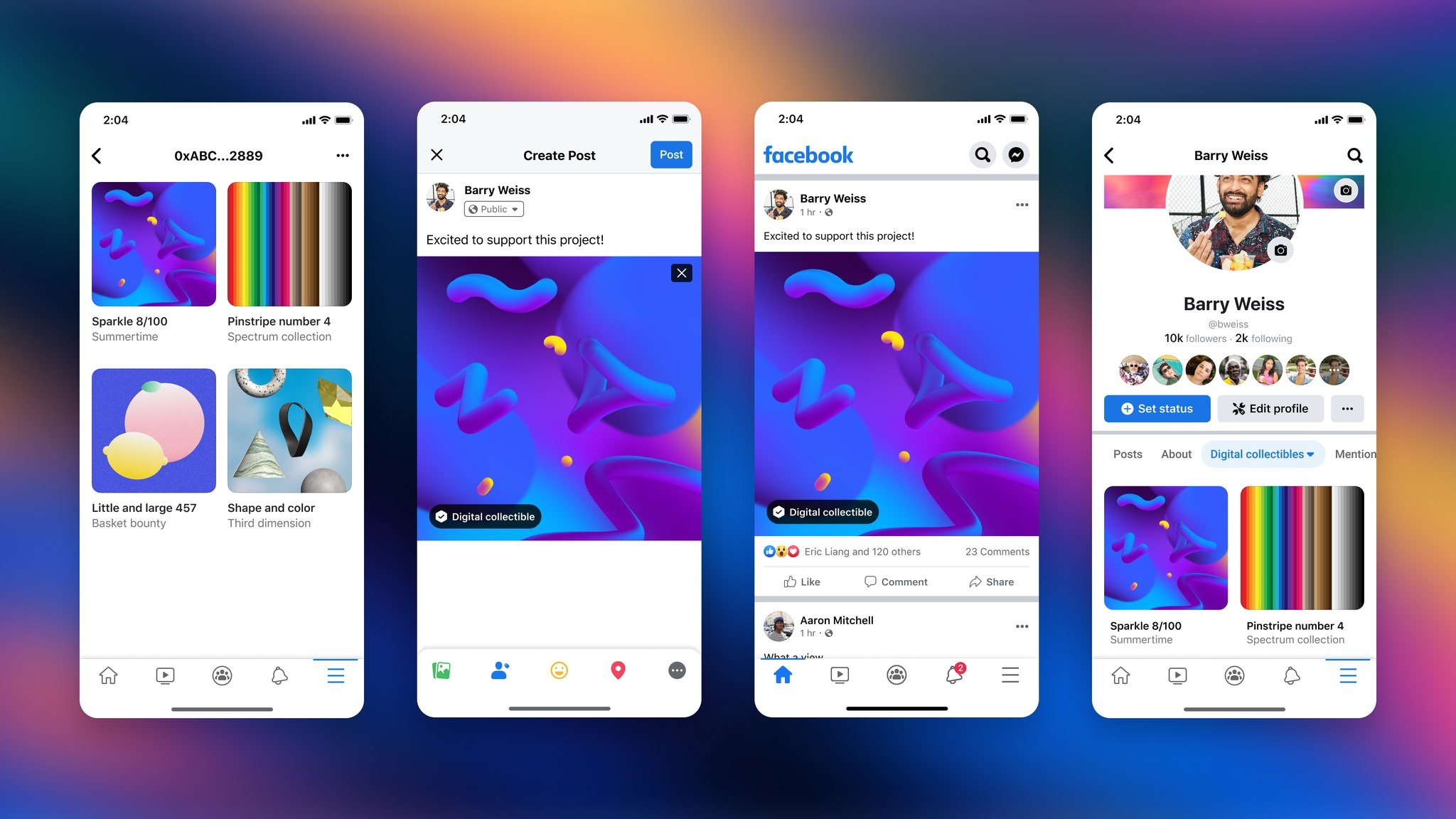 Meta, the parent company behind social media platforms Facebook and Instagram, announced yesterday that it has officially allowed users to add digital wallets and virtual assets to the two platforms. The company's move could bring NFT to its 2.9 billion existing users, according to Statista.

According to the latest update, users can share NFT on both Facebook and Instagram. The billion-dollar tech company wants to make it easier for users to share NFTs — which it calls a digital collection — by simply connecting a wallet once on Facebook or Instagram. The wallet can then be auto-recognized if cross-posting is enabled in the account settings on either app.

As such, Meta currently supports Ethereum, Polygon  and Flow NFT on both Facebook and Instagram. Users can connect MetaMask, Rainbow, Trust Wallet, Coinbase Wallet and Dapper wallets to verify and share NFTs.

Despite founder Vitalik Buterin's outspoken criticism of Meta, CEO Mark Zuckerberg has continuously launched many "attacks" reaffirming his very serious ambition, since changing the name for Facebook. After a series of tests, Meta went on to partner with Dapper and Coinbase Wallet to expand NFT integration across 100 countries in early August. At that point, FLOW jumped 40% immediately after the news of the merger. Meta collaboration is released. But it was also the company's metaverse business that caused a loss of $2.8 billion in the second quarter.