The crypto market in the early morning hours of September 7 unexpectedly dropped heavily, with major coins like BTC and ETH both losing more than 6% of their value. 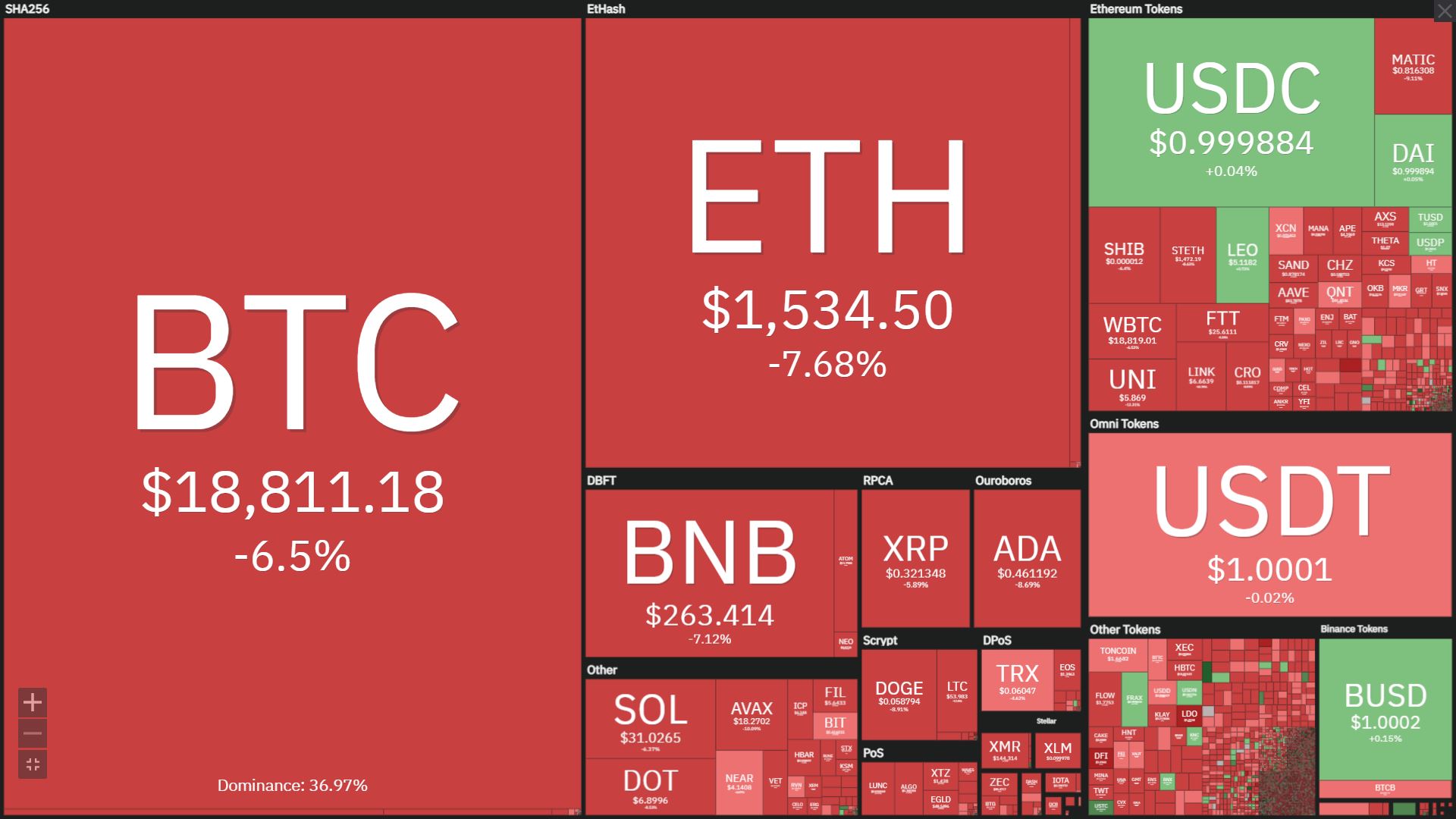 Bitcoin candle on September 6 (UTC time) also closed below $ 19,000, something that has never happened in the past 2 months, showing an alarming reversal of the digital currency. 1 market.

Ethereum on the evening of September 6 successfully performed the Bellatrix hard fork, the first part of The Merge - the most important upgrade in the history of this coin. After about a week, expected on September 13, Ethereum will conduct a hard fork in Paris to officially merge the two blockchains and switch to using Proof-of-Stake.

The drop of other major altcoins is also in the range of 5%-15% compared to 24 hours ago.

According to liquidation data, in the last 12 hours, nearly 300 million USD of derivative orders have been burned, accounting for mainly BTC, ETH and Ethereum Classic (ETC) coins - altcoins that have grown strongly in the past time. by surfing the waves of The Merge. The rate of long orders being burned accounted for 84%.

Even so, it is unclear what is the reason behind the latest dump in the crypto market. This is perhaps one more example that September is often an “unfortunate” time for Bitcoin in particular and the market in general, when BTC often has sharp drops in September every year because of events.” black Swan". Coincidentally, on this day last year (September 7, 2021), Bitcoin experienced a “terrible” sell-off of nearly $10,000 in value after El Salvador officially recognized BTC as legal currency.

Going forward, as reported by Crypto Fox News, the crypto market will be greeted with other important news that can have a strong impact on the price line. In addition to The Merge, on September 13, there will also be US inflation data in August, followed by Cardano's Vasil hard fork and at the end of the month, the Fed's interest rate hike session.