Ethereum (ETH) lost 12% of its value after The Merge

The 2nd largest cryptocurrency in the world, Ethereum (ETH), has suffered a severe decline in the past 12 hours after the successful upgrade of The Merge. 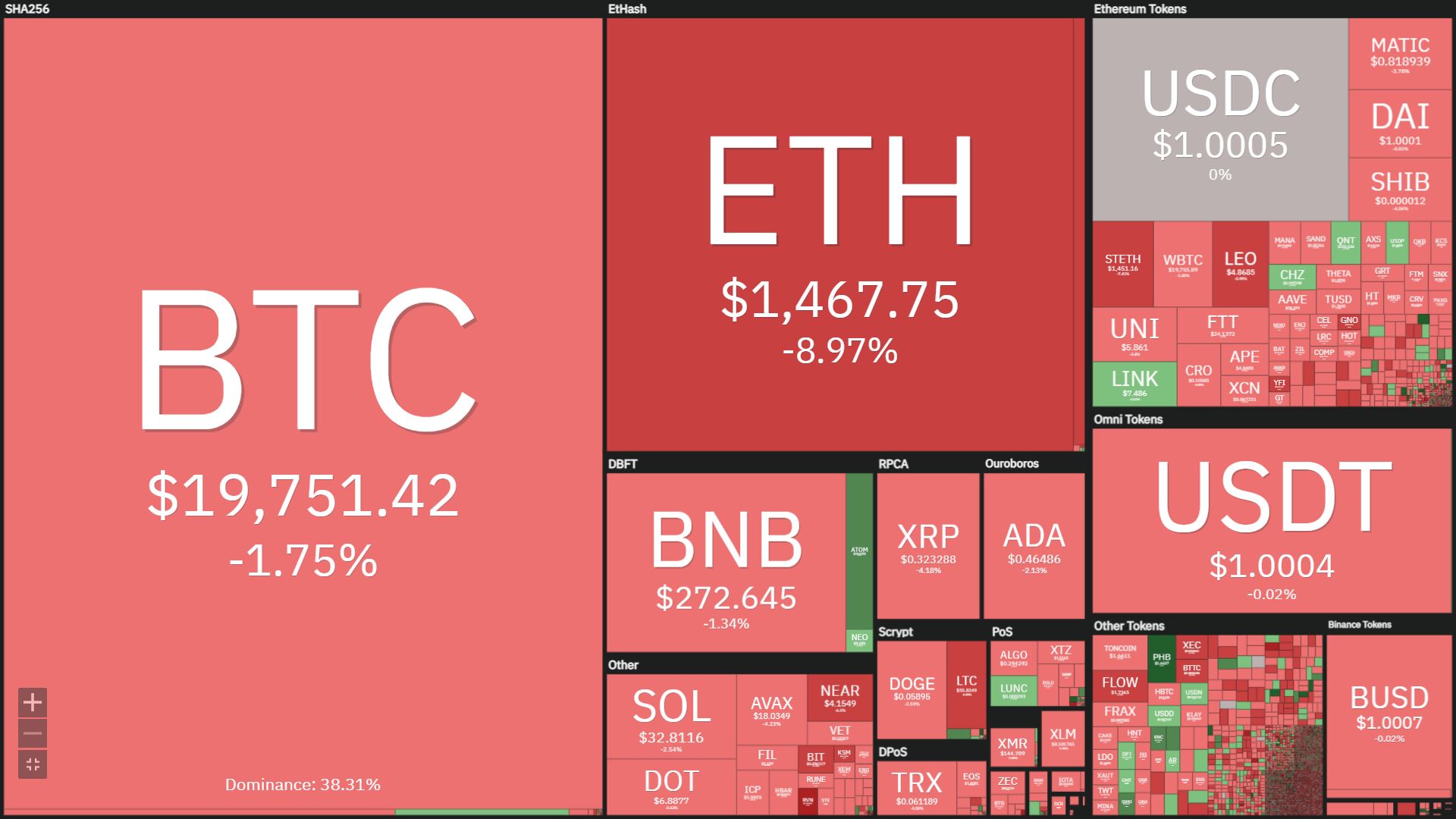 On the morning of September 16, ETH price at one point dropped to $ 1,446, 12.6% lower than the peak of $ 1,655 yesterday morning. This is the lowest price ETH has recorded since August 28, erasing the bullish momentum gained thanks to The Merge.

The main cause of the obvious drop is that The Merge has been successful, so investors are no longer motivated to continue holding ETH because the upgrade will not bring about any significant changes to Ethereum in the near future. . The next milestone to keep an eye on will be a period of 6-12 months after The Merge, when the Shanghai upgrade will unlock the ETH locked in the Ethereum 2.0 staking contract, creating a new selling pressure.

In addition, the information that the SEC Chairman threatened to consider Ethereum a "security" because The Merge also more or less made investors less optimistic about the prospects of ETH. Another reason for ETH's devaluation is the emergence of forks that maintain Proof-of-Work, which has drained some of the value of Ethereum.

In the last 24 hours, the amount of derivative orders liquidated on the market reached $ 288 million, but ETH accounted for more than half with $ 167 million burned, completely overwhelming Bitcoin and other coins. In which, the proportion of long orders accounts for more than 70%.

Bitcoin on the evening of September 15 also sometimes dropped to $19,497, the lowest value level since September 9. In the immediate future, BTC and the entire crypto market will be the next Fed interest rate adjustment on September 22. After the news that August inflation in the US decreased but was lower than expected, along with the core CPI still increasing, observers are worried that the Fed will maintain the interest rate hike by 0.75% or even higher than expected. Increase "strongly" 1% to be able to control inflation.

Other large-cap cryptocurrencies also only recorded a decrease of 2-5% over 24 hours, lower than Ethereum.

In contrast, coins that share the same mining algorithm with Ethereum that surged before The Merge such as Ethereum Classic (ETC), Ravencoin (RVN) and Beam (BEAM) are also returning what they took with a drop of up to 2 digits.