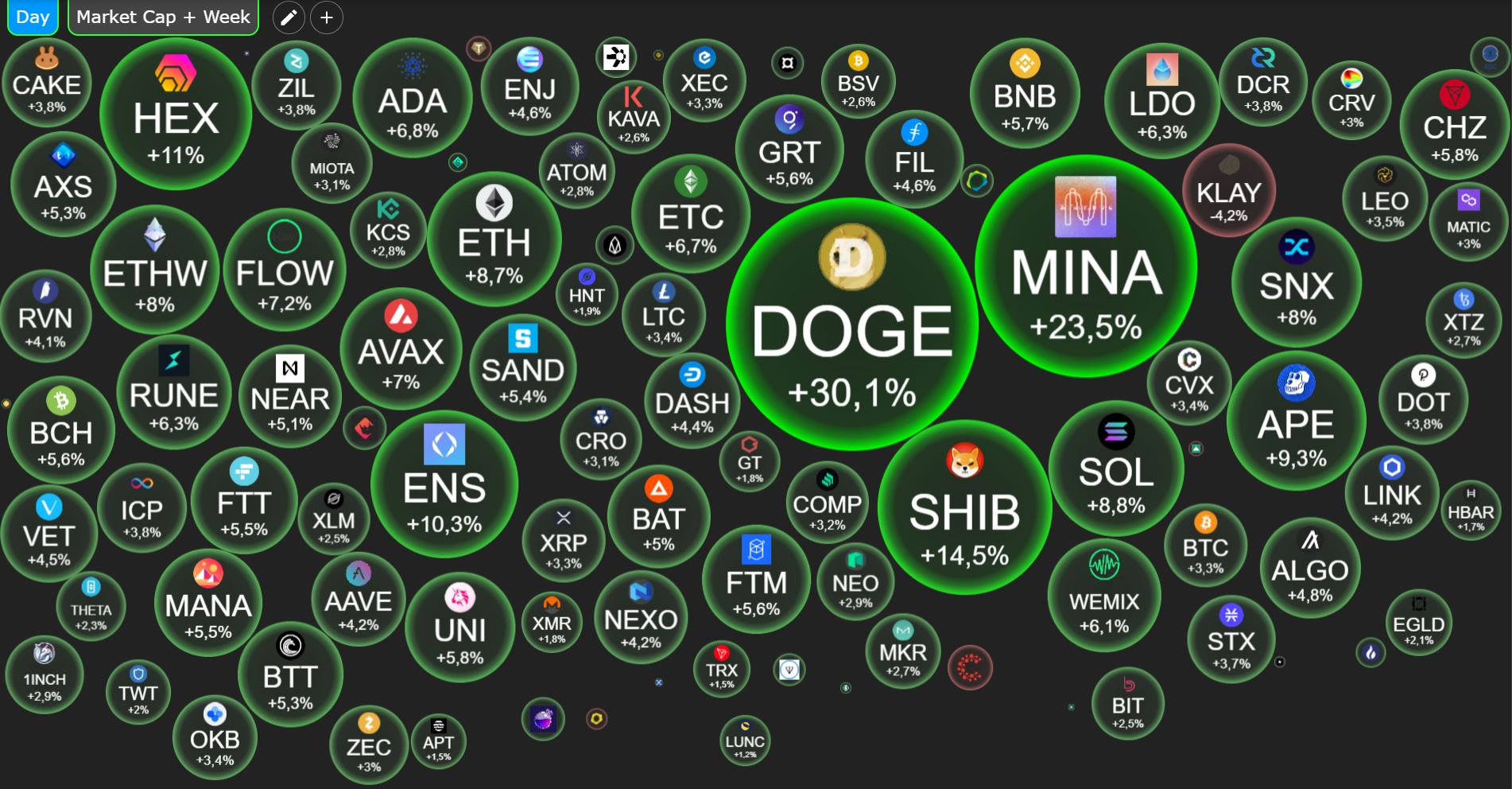 On the evening of October 29, the crypto market extended the "Uptober" rally with many large-cap coins jumping.

After being corrected back to the $20,000 region on the evening of October 28, Bitcoin (BTC) spent most of Saturday recovering before breaking through the $21,000 threshold not long ago. This is still the highest value threshold reached by the world's No. 1 cryptocurrency since September 13, when BTC plummeted from $22,800 to $20,100 because of US CPI news.

Meanwhile, Ethereum (ETH) continues to record impressive momentum with the milestone of 1,652 USD, up more than 8% compared to 24 hours ago. Since October 25, ETH has built a column to 22.7%. The Ethereum community is jubilant, more than a month since upgrading The Merge and switching to Proof of Stake, the world's 2nd largest crypto network is showing far-reaching changes in the annual inflation rate.

In addition, according to FoxCryptoNews, the reason Bitcoin and Ethereum recovered this week, and therefore the whole market, could be to prepare to welcome the wave of macro news in early November, with the next correction. The next interest rate adjustment of the Fed will be on the morning of November 3 and the October CPI (inflation) data of the US will be on the evening of November 10.

The most prominent in the past day is Dogecoin (DOGE), pumped to nearly 30% in the last 24 hours. Dogecoin even “lost a zero” when it hit the peak of 0.1054 – the highest value of the “dog coin” since the LUNA-UST dump on May 11th.

DOGE's motivation comes directly from the news that billionaire Elon Musk has successfully acquired Twitter. The DOGE investment community thinks that Musk will soon have plans to integrate this memecoin contract into social networks, because the richest man in the world has repeatedly mentioned Dogecoin in the media, while Tesla company does not. even accepted payment in DOGE.

In the past 12 hours, the amount of derivative orders liquidated in the cryptocurrency market has reached nearly 430 million USD, mainly concentrated in ETH and BTC, although the difference is quite large. In which, the percentage of short orders is overwhelming at 86.25%. However, the current number is still unable to reach the record of liquidation of nearly 1.3 billion USD in two days of October 25 and 26.