Vitalik Buterin, the co-founder of Ethereum, secretly traveled to Ukraine for the Kyiv Tech Summit, ahead of the overhaul of The Merge. 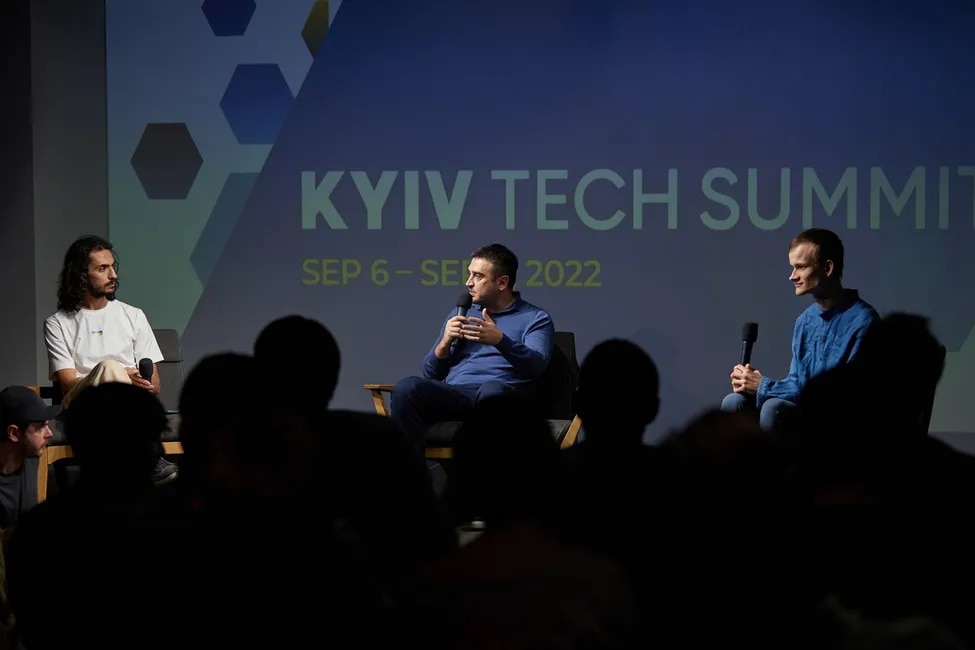 On September 10, Vitalik Buterin appeared at Kyiv Tech Summit to show support for Ukraine amid the ongoing escalating conflict with Russia.

It is known that Buterin kept the trip a secret. The remarkable point here is the time to attend, because The Merge - the most important milestone in the development history of Ethreum will take place in the next few days.

Buterin said at the closing session of the conference:

“I have been following Ukraine closely since the war broke out. I want to personally see and also let Ukraine know that a lot of people in the blockchain world, Ethereum in particular really care and support you.”

“It is amazing to have Vitalik join us as well as key figures from the Digital Transformation Department. Kyiv Tech Summit is more than just a regular tech event. This is a protest, a movement and the embodiment of Ukraine's invincible spirit."

The event lasted three days, bringing together 500 hackers with nearly 50 projects as part of a hackathon to support the Ukrainian people in their fight for freedom. What stood out among the topics discussed were decentralized election voting, central banks issuing digital currencies, and the role of Web3 and blockchain in combating misinformation.

Buterin said he came to see what the Ukrainian people were working on, what they were interested in, what they were building and how they interact with blockchain, Web3 and Ethereum. The summit organizers tweeted that this was Buterin's first trip to Ukraine. However, this is not the first time he has publicly supported the country that Russia has been invading since late February.

Despite being born in Russia and having negotiated directly with President Vladimir Putin in 2017 about the development opportunities of Ethereum, Buterin has been critical of the government in his home country for years and after it declared war on Ukraine. Back in April, while many other celebrities made their donations public, founder Vitalik Buterin quietly donated $5 million to Ukraine.

As reported, cryptocurrency was a prominent success story in wartime Ukraine. This industry has contributed to maintaining jobs for the people here, and is an effective channel of donations for military efforts.