If you are a newbie in the crypto industry or you are still wondering about web 3.0, this article will further clarify your doubts.

Centralization has given billions of people access to the World Wide Web and created a stable, robust infrastructure for it. At the same time, a handful of centralized entities have strongholds over large swaths of the World Wide Web, unilaterally deciding what should and shouldn't be allowed.

Web3 is the answer to this dilemma. Instead of a Web site that is monopolized by big technology companies, Web3 is decentralized and is being built, operated and owned by users. Web3 puts power in the hands of individuals rather than corporations. Before talking about Web3, let's explore how we got here.

Most people think of the Web as an ongoing pillar of modern life — it was invented and has been around ever since. However, the Web that most of us know today is completely different from what we originally imagined. To better understand this, it would be helpful to break the brief history of the Web into looser periods — Web 1.0 and Web 2.0.

In 1989, at CERN, Geneva, Tim Berners-Lee was busy developing the protocols that would become the World Wide Web. His idea? To create open, decentralized protocols that allow sharing of information from anywhere on Earth.

The first birth of Berners-Lee's creation, now known as 'Web 1.0', occurred between 1990 and 2004. Web 1.0 was primarily static web pages owned by companies and there is almost no interaction between users - individuals rarely produce content - leading it to be known as the read-only web. 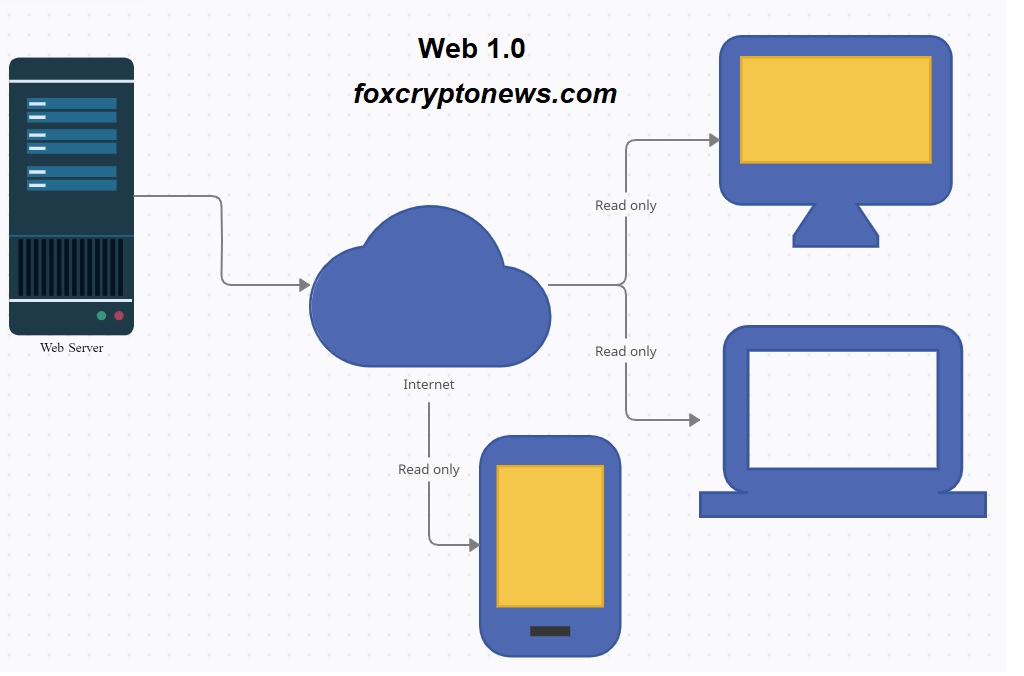 The Web 2.0 era began in 2004 with the emergence of social media platforms. Instead of being read-only, the web has evolved to be read-write. Instead of companies providing content to users, they also started providing platforms to share user-generated content and engage in user-to-user interactions. As more people went online, some leading companies began to control the disproportionate amount of traffic and value created on the web. Web 2.0 also gave birth to an ad-based revenue model. While users can create content, they do not own it or benefit from monetization of it.

The premise of 'Web 3.0' was coined by Ethereum co-founder Gavin Wood shortly after Ethereum launched in 2014. Gavin offered a solution to a problem many early crypto adopters felt: The Web requires too much trust. That is to say, most of the Web that people know and use today relies on trusting a handful of private companies to act in the best interest of the public.

Web3 has become a generic term for the vision of a new, better internet. At its core, Web3 uses blockchain, cryptocurrencies, and NFTs to give power back to users in the form of ownership. A 2020 post on Twitter says the best: Web1 is read-only, Web2 is read-write, Web3 will be read-write-private.

Although it is difficult to give a rigid definition of what Web3 is, a few core principles guide its creation.

Why is Web3 important?

While Web3's killer features aren't isolated and don't fit into neat categories, for the sake of simplicity we've tried to separate them for easier understanding.

Web3 allows direct ownership through non-fungible tokens (NFTs). No one, not even the creators of the game, has the right to take away your ownership. And, if you stop playing, you can sell or trade your in-game items on the open markets and recoup their value.

The power dynamic between platforms and content creators is hugely unbalanced.

OnlyFans is a user-generated adult content site with over 1 million content creators, many of whom use the platform as their main source of income. In August 2021, OnlyFans announced plans to ban sexually explicit content. The announcement sparked outrage among the creators of the platform, who felt they were being robbed of an income on a platform they helped create. After backlash, the decision was quickly reversed. Although creators won this battle, it highlights a problem for Web 2.0 creators: You lose the reputation and following you build up if you leave a platform.

At Web3, your data lives on the blockchain. When you decide to leave a platform, you can take your reputation with you, connecting it to another interface that more clearly aligns with your values.

Web 2.0 requires content creators to trust platforms not to change the rules, but censorship resistance is a native feature of a Web3 platform.

In addition to owning your data on Web3, you can own the platform as a collective, using tokens that act like shares in a company. DAOs allow you to coordinate decentralized ownership of a platform and make decisions about its future.

DAOs are technically defined as agreed-upon smart contracts that automate decentralized decision-making over a pool of resources (tokens). Users with tokens vote on how resources are spent, and the result of the vote is automatically performed by the code.

However, people define many Web3 communities as DAO. All these communities have different levels of decentralization and automation by code. We are currently exploring what DAOs are and how they might evolve in the future.

Traditionally, you would create an account for each platform you use. For example, you can have a Twitter account, a YouTube account, and a Reddit account. Want to change your display name or profile picture? You have to do it on all accounts. You can use social logins in some cases, but this introduces a familiar problem: censorship. With a single click, these platforms can lock you out of your entire online life. Worse yet, many platforms require you to trust them with personally identifiable information to create an account.

Web2's payment infrastructure is based on banks and payment processors, excluding people without bank accounts or those who live within the borders of the wrong country. Web3 uses tokens like ETH to send money directly in the browser and doesn't require a trusted third party.

Despite the many benefits of Web3 in its current form, there are still many limitations that the ecosystem must address if it is to thrive.

Important features of Web3, such as Login with Ethereum, are now available for anyone to use at no cost. However, the relative cost of transactions remains prohibitive for many. Web3 is less likely to be used in less wealthy developing countries due to high transaction fees. On Ethereum, these challenges are solved by network upgrades and layer 2 scaling solutions. The technology is ready, but we need higher levels of adoption at layer 2 to make Web3 accessible to all.

The technical barrier to entry to using Web3 is currently too high. Users must understand security concerns, understand complex technical documentation, and navigate unintuitive user interfaces. Wallet providers, in particular, are working to resolve this, but more progress is needed before Web3 is widely adopted.

Web3 introduces new paradigms that require learning different mental models than those used in Web2.0. A similar educational push happened when Web1.0 was gaining popularity in the late 1990s; Advocates of the World Wide Web used a host of educational techniques to educate the public, from simple metaphors (the information highway, browsers, surfing the Internet) to television broadcasts. Web3 is not difficult, but it is different. Educational initiatives that educate Web2 users about these Web3 paradigms are vital to their success.

Ethereum.org contributes to Web3 education through our translation program, with the goal of translating important Ethereum content into as many languages ​​as possible.

The Web3 ecosystem is young and rapidly evolving. As a result, it currently relies mostly on a centralized infrastructure (GitHub, Twitter, Discord, etc.). Many Web3 companies are rushing to fill these gaps, but building a high-quality, reliable infrastructure takes time. FTX CEO Sam Bankman-Fried expressed his desire to help US regulators in coming up with new rules for the crypto industry.