Cryptocurrency is digital money used as a form of exchange. It’s decentralized, meaning that the currency isn't controlled by a single entity like a government or bank. You may be familiar with the most popular versions of cryptocurrency, Bitcoin and Ethereum, but there are more than 19,000 different cryptocurrencies in circulation. 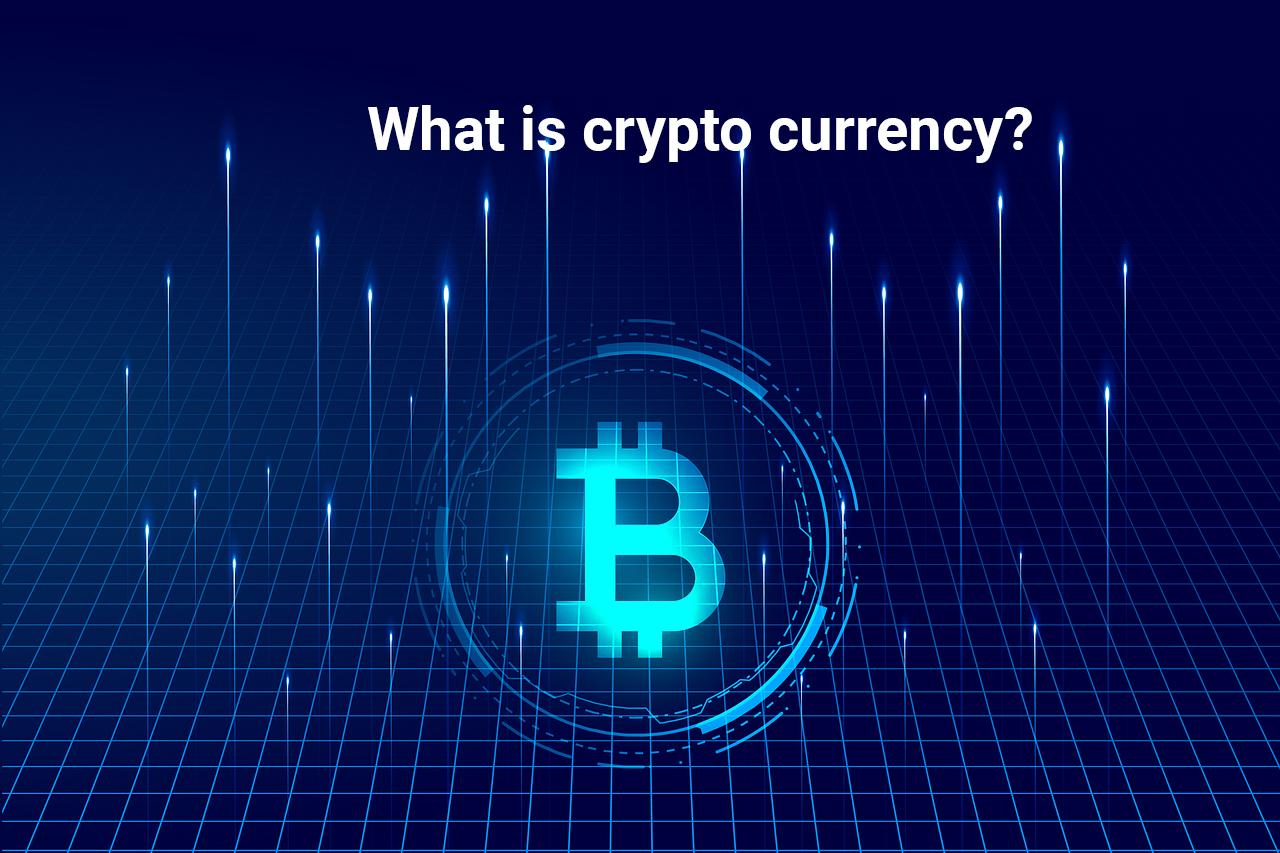 How Does Cryptocurrency Work?

Cryptocurrencies are digital currencies that rely on cryptography to secure transactions. Unlike the U.S. Dollar or the Euro, there is no central authority that manages and maintains the value of a cryptocurrency; instead, these tasks are broadly distributed among a cryptocurrency’s users via the internet.

You can use cryptocurrency to buy regular goods and services. Most people invest in cryptocurrencies, like stocks or precious metals, as they would in other assets. While cryptocurrency is a novel and exciting asset class, purchasing it requires a fair amount of research to understand how each system works fully.

Bitcoin, the first cryptocurrency and first altcoin, was outlined in principle by Satoshi Nakamoto in a 2008 paper titled: “Bitcoin: A Peer-to-Peer Electronic Cash System.” Nakamoto described the project as “an electronic payment system based on cryptographic proof instead of trust.”

Blockchain is an open, distributed ledger that records transactions in code. It’s sort of like a checkbook that’s distributed across countless computers around the world. Blocks then link together on a chain of previous cryptocurrency transactions.

“Imagine a book where you write down everything you spend money on each day” says Buchi Okoro, CEO and co-founder of African cryptocurrency exchange Quidax. “Each page is similar to a block, and the entire book, a group of pages, is a blockchain”.

With a blockchain, every person who uses cryptocurrency has their own copy of this book to create a unified transaction record. Each new transaction is logged on all copies of the blockchain, and each copy is updated simultaneously with the new information, keeping records identical and accurate.

Each transaction is checked to prevent fraud by employing a validation technique, such as proof of work or proof of stake.

Proof of Work and Proof of Stake

Proof of work and proof of stake are two types of consensus mechanisms used to verify transactions before adding them to a blockchain. Verifiers are then rewarded with cryptocurrency for their efforts.

Simon Oxenham, social media manager at Xcoins.com, says, “Proof of work is a method of verifying transactions on a blockchain in which an algorithm provides a mathematical problem that computers race to solve.”

People who own computers are called “miners.” Each miner works to solve a mathematical puzzle that helps verify a group of transactions and add them to the blockchain ledger. The first computer to do so successfully is rewarded with a small amount of cryptocurrency for its efforts. Bitcoin, for example, rewards a miner 6.25 BTC (which is roughly $200,000) for validating a new block.

The race to solve blockchain puzzles can require intense computer power and electricity, which means miners might barely break even after considering the costs of power and computing resources.

Some cryptocurrencies use a proof-of-stake verification method to reduce the amount of power necessary to check transactions. With proof of stake, the number of transactions each person can verify is limited by their willingness to “stake” or temporarily lock up cryptocurrency in communal safes and participate in the process.

Okoro says, “It’s almost like bank collateral” Each person who stakes crypto is eligible to verify transactions, but the more you stake, the higher your chances are of being chosen.

The average transaction speed for Bitcoin is 10 minutes. Now compare that with the privacy-enhancing Solana platform, which uses a proof-of-stake mechanism. The average TPS for Solana is 3,000, compared with the sluggish Bitcoin blockchain's average of approximately 10 minutes.

Bitcoin’s biggest rival, Ethereum, is switching fully to a proof-of-stake mechanism. Ethereum estimates that its energy usage will decrease by 99.95% once it closes “the final chapter of proof of work on Ethereum.”

The Role of Consensus in Crypto

How Can You Mine Cryptocurrency?

Mining is how new units of cryptocurrency are released into the world. While it’s theoretically possible for a person to mine cryptocurrency, it’s increasingly difficult in proof-of-work systems, like Bitcoin.

Spencer Montgomery, founder of Uinta Crypto Consulting, says, “As the Bitcoin network grows, it gets more complicated, and more processing power is required. The average consumer used to be able to do this, but now it’s just too expensive. There are too many people who have optimized their equipment and technology to outcompete.”

Proof-of-work cryptocurrencies also require massive amounts of energy to mine. For example, Bitcoin mining currently consumes electricity at a rate of 127 terawatt-hours per year, which exceeds Norway’s entire annual consumption.

While it’s impractical for the average person to earn crypto by mining in a proof of work system, the proof-of-stake model requires less high-powered computing as validators are chosen randomly based on the amount they stake. However, it does require that you already own a cryptocurrency to participate.

How Can You Use Cryptocurrency?

Although you can buy some goods and services with crypto, particularly with Litecoin and Bitcoin, you may also use it as an alternative investment option outside of stocks and bonds.

According to David Zeiler, a cryptocurrency expert at financial news site Money Morning, Bitcoin is a secure and decentralized currency that has become a store of value like gold. He says some people even refer to it as “digital gold.”

How to Make Secure Purchases with Cryptocurrency?

Be mindful that transactions are processed by some form of mechanism, and not instantaneously.

You can purchase cryptocurrencies through crypto exchanges, such as Coinbase, Kraken or Gemini. They offer the ability to trade some of the most popular cryptocurrencies, including Bitcoin, Ethereum and Dogecoin. However, exchanges may also have limitations; you’ll have to check with each one to see if it supports the right pairing for your purchase.

For example, you can use USD Coin, a crypto stablecoin, to buy Ethereum on Coinbase Exchange.

“It was once fairly difficult but now it’s relatively easy, even for crypto novices,” Zeiler says. “An exchange like Coinbase caters to nontechnical folks. It’s very easy to set up an account there and link it to a bank account.”

Be aware of fees, though, as some exchanges charge prohibitively high costs on small crypto purchases.