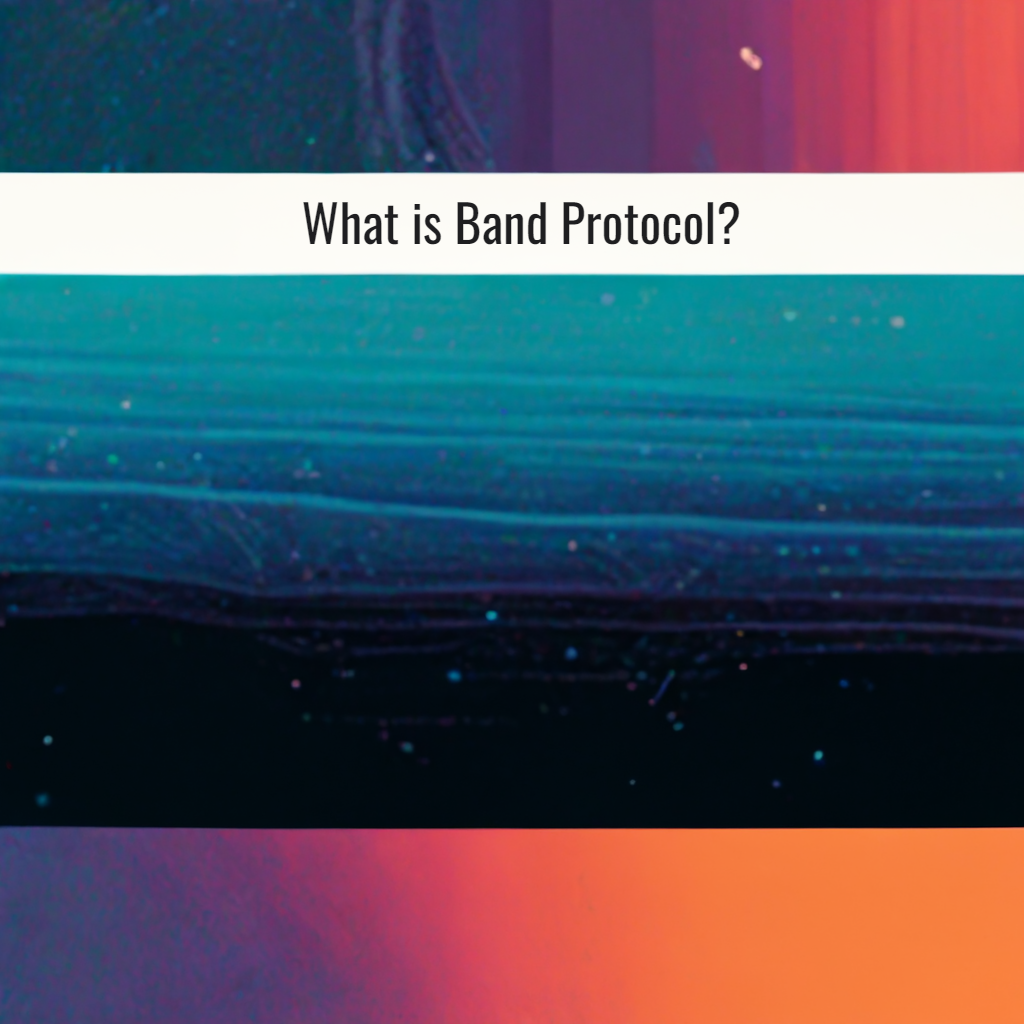 Oracle is a necessary piece for DeFi in particular, and the whole Crypto world in general because it creates a connection between Crypto and the real world. This article will introduce you to a well-known name in Oracle, which is Band Protocol.

What is Band Protocol and the BAND token? How do I own, store or trade BAND? Please follow the article for details.

What is Band Protocol (BAND)?

Band Protocol (BAND) is a Blockchain protocol project in the field of data management. It is the Web 3.0 layer that addresses data, reliability, and quality issues of data information for Web 3.0 applications.

Inside the Band protocol, they use Band's public Smart Contracts to allow data to interact without going through oracles outside of the Blockchain.

You can refer to FoxCryptoNews's Chainlink article to better understand the Band Protocol model. These two projects can be considered as providing solutions related to data problems in Blockchain.

Some issues raised by the dev team:

Smart contracts cannot access data on their own, and there is no simple way for dapps to receive information outside of the Blockchain.

And even if there is a solution, it still has technological barriers for developers to access and use.

Information sources and data in existing communities are having problems with reliability.

If the incentive and motivational mechanism is not attractive enough, the information provided to Dapps is likely to experience lack of authenticity or low quality of information. From there, it directly affects the operation of these Dapps.

What is the Band Protocol (BAND) solution?

To solve the above problems, Band Protocol created a framework for community data management.

You can understand Band Protocol as a bridge between Dapp decentralized applications and real-world data. They guarantee that this data when put on the Blockchain will be completely trustable through an economic incentive mechanism.

The data set inside Band Protocol will be divided into several parts called "Dataset Governance Groups". Each of these groups will have their own tokens to stake and manage through 2 mechanisms Token-Curated Registry or Token-Curated Data Sources

Initially, the Band protocol will be built on top of Ethereum and allow its solution to be used for Dapps on the Ethereum Blockchain.

They will then have their own Mainnet and run on their Blockchain to allow interoperability with many other leading Blockchains.

In this section, I will share more details about the composition and operation of Band Protocol.

In Band Protocol, there are many Data groups, each of which has its own Dataset token. Dataset token holders can participate in the community governance mechanism (I will detail below). At the same time, they also receive a reward from their contribution.

In the working mechanism of Band Protocol, there are 2 types of tokens, Dataset token and BAND token.

Dataset tokens:  An ERC-20 token issued by the governance group (also known as the group's governance). Anyone who owns the Dataset token can participate in community activities.

Holders of Dataset tokens will have 2 jobs:

Data Providers will receive BAND reward from providing information to Smart Contract. At the same time, the votes or stakers for that Data Provider will also receive a reward.

This mechanism encourages more people to vote for good Providers, the better the information and the more rewards they will receive.

BAND token:  Considered as collateral token. Users who want to own Dataset tokens must use BAND tokens to buy.

BAND is used to:

How to earn and own BAND Token

Users can become Validator, Delegator on Bandchain to receive transaction fees paid in BAND, or buy on exchange.

BAND is an ERC-20 token, so it will be stored on Coin98 Wallet following these steps:

Step 3: Copy the BAND wallet address and send the BAND token to this address.

You can now trade BAND right on FoxCryptoNews Exchange by following the steps below at: https://exchange.foxcryptonews.com/

Step 2: At the main screen of Coin98 Exchange, select Uniswap (V3) or SushiSwap .

Step 3: Select Token to trade and fill in the necessary parameters for the transaction:

Step 4: Adjust Gwei gas and slippage according to demand.

In addition, you can also buy and sell BAND tokens on FoxCryptoNews Wallet with the same operations as above.

The team behind Band Protocol is from Thailand:

So I have provided you with the latest information from BAND Protocol and BAND Token. What do you think the future and potential of BAND Protocol will be? Don't hesitate to leave comments to share your ideas below & join the FoxCryptoNews Insights Chat group to exchange and discuss with admins and many other brothers!