Disclaimer: The information provided is not financial, investment, business or other advice and represents the opinion of the author only.

In the short-term, Bitcoin (BTC) has a bearish outlook after failing to defend the $19,500 support area. A drop below $19,100 will create more selling pressure, while a move above $20,500 could indicate a recovery is on the way. Bitcoin price developments can have a drastic effect on Polkadot's path on the price chart.

Polkadot also has bearish momentum on the lower timeframes. However, he has found strong support on the charts. A bullish reaction in this area can lead DOT to the $8 mark. In other news, Polkadot claims that the DOTs originally offered for security have been turned into software. 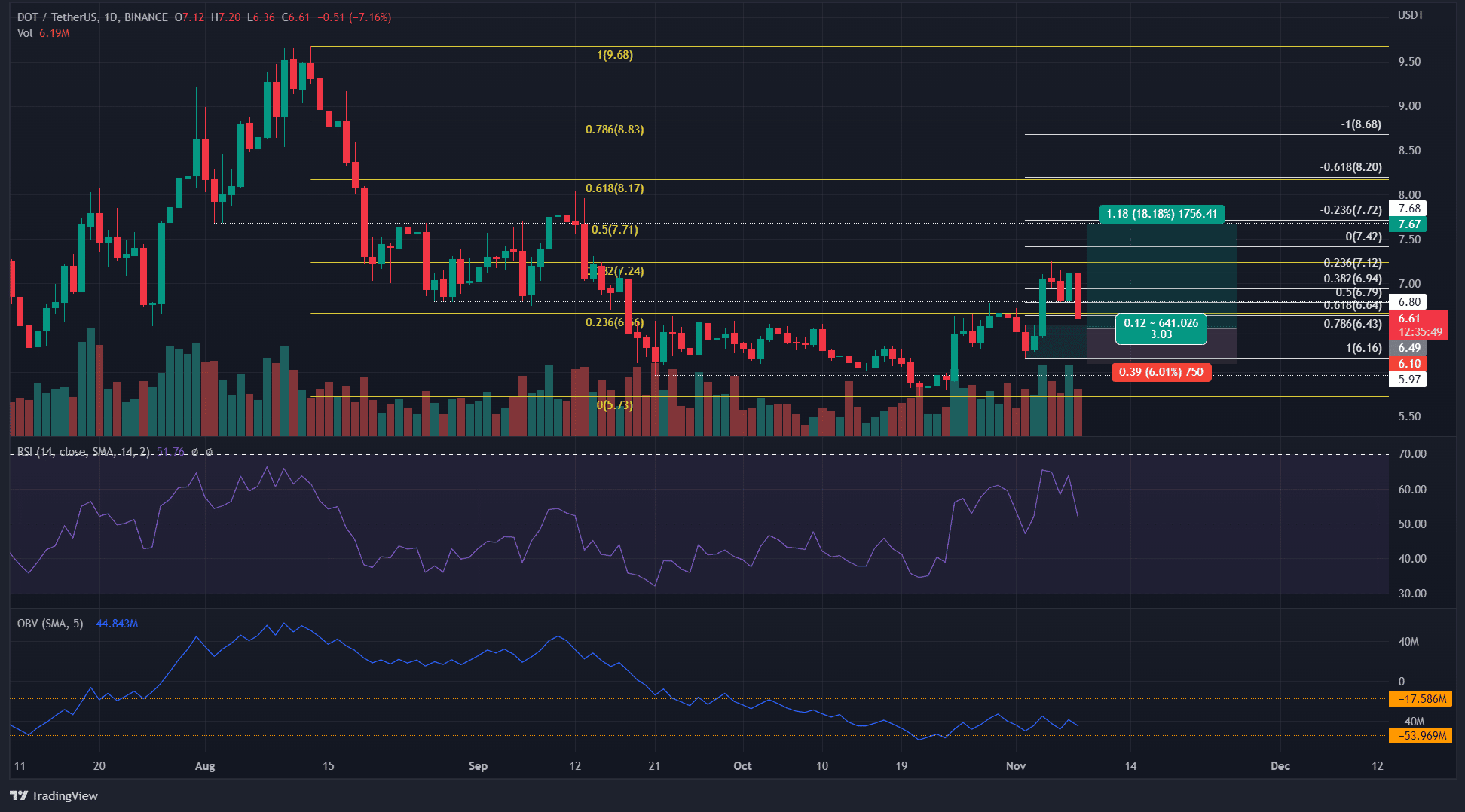 However, November 8 was accompanied by a sharp decline, where DOT moved south to the $6.5 area. The lower time frame support at $7 has been broken, but the trend on the upper timeframe is still bullish. This is because the high of $6.16 has yet to be broken. In addition, this level is also an important support level since the end of September.

At $6.2, a bullish block was seen. A positive price reaction is more likely in this area due to the confluence with the $6.16 support.

The Relative Strength Index (RSI), which remains above the neutral 50 on the daily chart, shows that momentum remains in favor of the buyers. However, OBV has not risen in recent days, which somewhat erodes the idea of ​​a strong rally in DOT last week.

Development and sentiment is slow down

Despite the uptick from October's $5.74, the market sentiment is not optimistic. This indicates a lack of active social media engagement and may also indicate a lack of publicity for the DOT in recent days.

Developer activity is also trending lower, but remains above the lows seen in July. Funding rates on several exchanges remained positive compared to the previous day, with the exception of Binance and Okex.

A stronger push to the north would be more credible if DOT were able to break above $6.8 on heavy buying volume. At the time of writing, the bearish sentiment behind Bitcoin over the past few hours could see the king of losses continue, which in turn could drag on DOT.