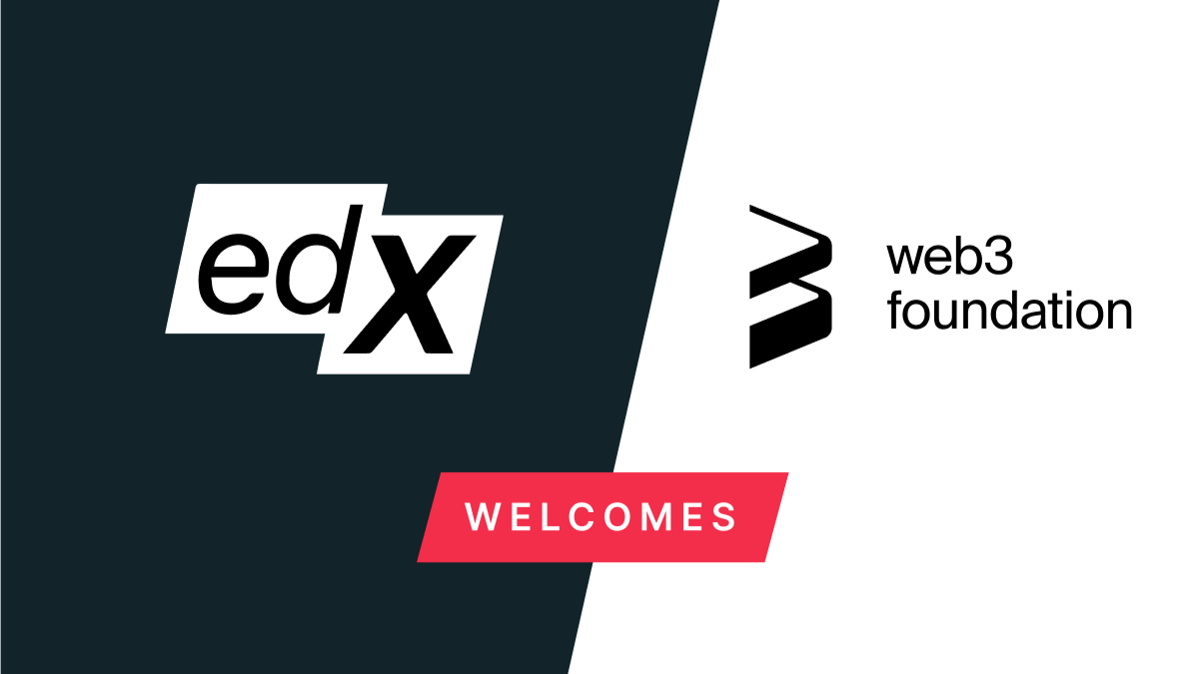 Web3 Foundation (W3F) – the organization behind development funding for projects on the Polkadot ecosystem and the popular global online learning platform edX have come together to launch a series of foundation courses on blockchain technology and Polkadot.

The four-part series, called Web3x, will cover blockchain fundamentals, explore the Substrate software development kit, and the Rust programming language. EdX is an open online course delivery system, founded by Massachusetts Institute of Technology and Harvard University in May 2012.

At the time of writing, Web3x's website only contains the first two courses including “Introduction to blockchain and Web3” – which explains the history and key terminology of blockchain, Bitcoin, Ethereum, and Web3 and the technology behind it. after them, and “Introduction to Polkadot” – provides learners with key terms about the Polkadot platform.

Both courses start on October 20, and users can join for free. Commenting on this unexpected educational launch, Web3 Foundation CEO Bertrand Perez said:

“With our partnerships with established educators around the world, we believe edX has many of the right attributes to create lasting value with the Web3 Foundation.”

The Web3 Foundation was founded in 2017 in Zug, Switzerland, by the co-founder of Ethereum who is currently the head of the Polkadot blockchain Gavin Wood. So far, the Web3 Foundation has funded 400 projects on Polkadot. In addition, the organization acts as a research group, focusing on cryptography, networks, and various decentralized algorithms.

Recently, the Web3 Foundation has also released the first Web3 font set exclusively for project designers and has become the main catalyst for Polkadot to receive the trust from Tether to the major stablecoin issuer. The largest crypto market expands USDT on this blockchain.