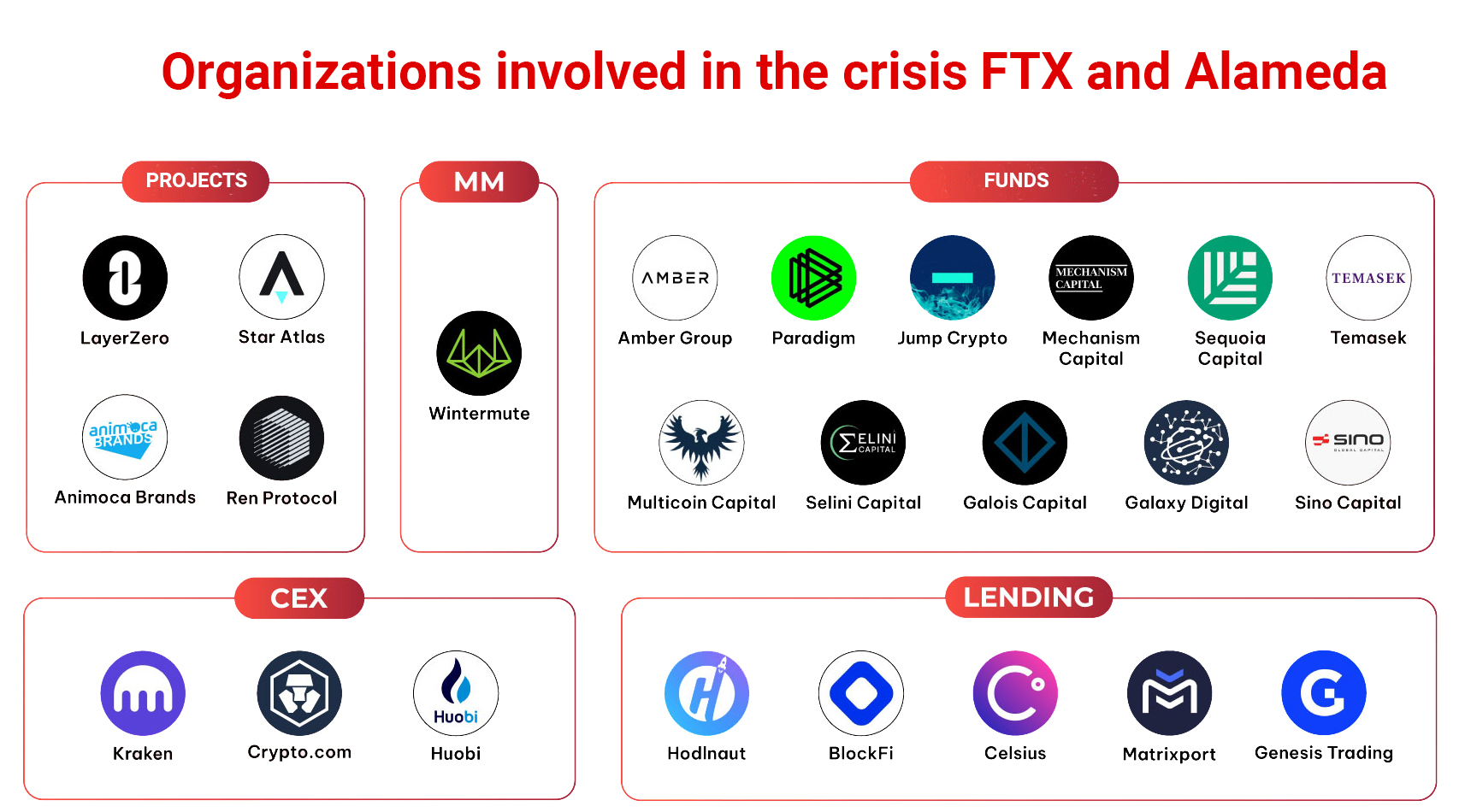 The organization is severely affected

Does the organization disclose the damage

Amber Group confirmed that it has no contact with Alameda or FTT, but has actively participated in trading and has about 10% of the total trading capital "straddling" on the exchange.

Sequoia Capital said that because of recent events with FTX and because the full nature of the case is not yet known, Sequoia will value its investment in FTX at zero.

Specifically, their Global Growth Fund III invested $150 million in FTX and FTX US, while the SCGE Fund invested $63.5 million. These investments are made in 2021, totaling 213.5 million USD .

Galaxy Digital revealed to have exposure to $76.8 million in FTX-related assets.

10% of Multicoin Capital assets are stuck at the FTX exchange.

Galois Capital is stuck at $40 million on FTX.

Paradigm has invested up to 290 million USD in FTX over the years and will record zero.

Genesis Trading admits there is still more than $175 million in assets held on FTX.

According to CoinDesk , Hodlnaut has $13 million held on the FTX exchange.

Crypto.com once disclosed that it was affected for less than 10 million USD . However, recent "shady" actions are causing suspicion throughout the community, making Crypto.com more subject to scrutiny than ever.

Kraken said it only holds about 9,000 FTT tokens on the FTX exchange.

In addition, at the request of the authorities, Kraken froze the assets of FTX – Alameda.

Huobi is stuck at 18 million USD on the FTX exchange.

LayerZero, the project invested by FTX-Alameda in March 2022, announced that it has acquired all ownership of shares, tokens and asset security certificates, cutting off all ties with SBF. LayerZero also acquired Alameda's entire Stargate (STG) investment.

The project claims to have up to 134 million USD in reserve assets, as well as 11.5 million USD stuck on the FTX exchange, pledging to still have enough money to operate for many years to come.

The Star Atlas (ATLAS/POLIS) game project on Solana admits to holding up to half of its money reserves on FTX and faces the risk of losing it all, but does not disclose specific numbers.

Organization does not disclose damage

Jump Crypto has exposure to FTX, but the risk has been controlled and the fund can still operate normally.

Temasek is an investment fund in Singapore that participated in two funding rounds in January 2022 of FTX and FTX.US. It is not clear how much the specific investment is, but it can be confirmed that this fund has been affected by the recent crash.

The famous investment fund in the game/Web3 segment, Animoca Brands, claimed to be affected by the FTX - Alameda case, but the impact was not much.

Wintermute has money on the FTX exchange, but not much.