FoxCryptoNews would like to summarize for readers the latest news on the situation of FTX exchange, Alameda Research fund and CEO Sam Bankman-Fried as of the morning of November 12, 2022. 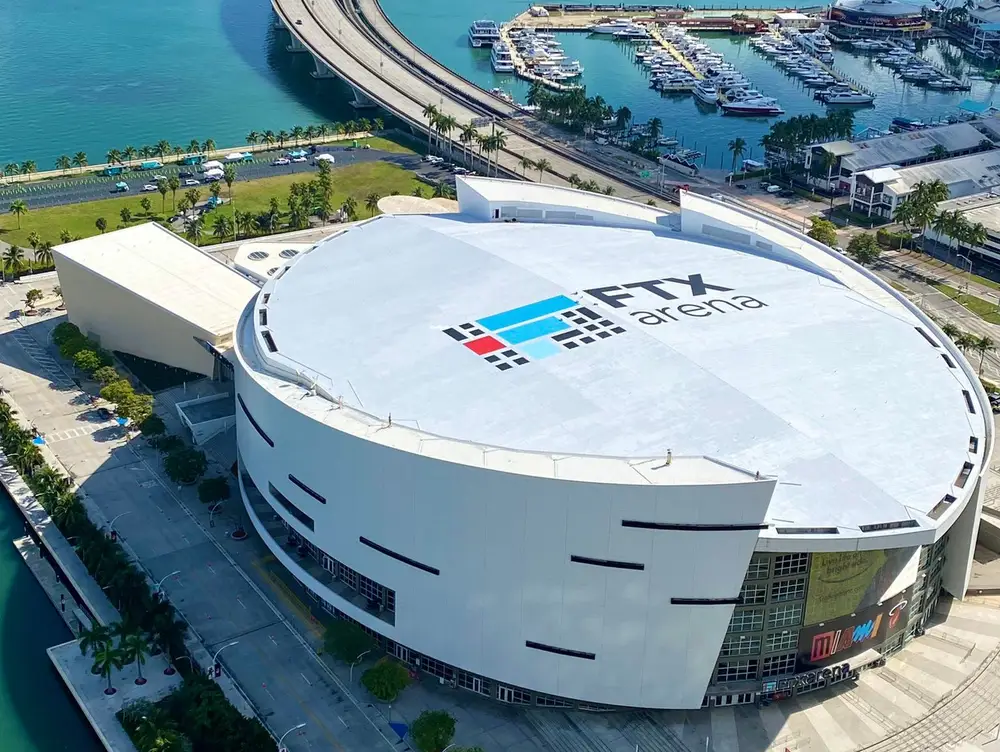 According to  the Bloomberg Billionaire Index , a website that lists billionaires' wealth, the value of former FTX CEO Sam Bankman-Fried's assets has been recorded to decrease by 1 USD after declaring bankruptcy.

At the end of last week, Mr. SBF's assets were still calculated at nearly $16.4 billion, before dropping to just under $900 million overnight after it was revealed that FTX had reached an agreement to buy back by Binance.

Just a few hours after FTX filed for bankruptcy, Miami-Dade County in the state of Miami (USA) and the Miami Heat basketball team issued a statement cutting ties with the floor, effective immediately.

Although the value of these deals is not disclosed, statistics show that FTX has spent at least $ 375 million on efforts to promote its image.

TheBlock page  has compiled more than 250 projects that have been invested by FTX exchange, FTX Ventures fund and Alameda Research fund so far.

In its bankruptcy filing, FTX declared its current assets and liabilities in the range of $10-50 billion .

However, according to an unconfirmed source, FTX's current assets have a large amount of illiquid Solana tokens such as $2.1 billion Serum (SRM), $543 million FTT, $616 million Maps.me (MAPS),… The problem is that there is a high possibility that FTX will not be able to liquidate these tokens at the value they declare, leading to the actual assets of the exchange may be even lower than what is stated. declare .

Around 09:50 AM on November 12, the crypto community discovered that the wallet of the FTX exchange had begun to convert a series of tokens into stablecoins USDT, USDC and DAI, with a value of up to hundreds of millions of USD.

It is not clear whether this is FTX's liquidation of assets to serve the bankruptcy process or some other reason.

The organizations involved continue to appear

After the bankruptcy of FTX, there are continuously more crypto companies and projects that admit to holding money, receiving investments and having relationships with FTX.

Readers can see more organizations that have admitted to being affected by FTX – Alameda in previous FoxCryptoNews updates here and here.

Blockchain bridge solution Ren Protocol (REN) said it received quarterly funding from Alameda Research for the past 1 year. Therefore, because Alameda went bankrupt, the project was cut off from funding. The project will continue to monitor the situation and commit to keep the Ren 2.0 roadmap.

The game project Star Atlas (ATLAS/POLIS) on Solana admits to holding up to half of the money reserve on FTX and faces the risk of losing it, but does not disclose specific numbers.

Star Atlas apologizes to the community and staff, claiming that the project's trust has been "betrayed by FTX". Going forward, the Star Atlas team will focus on raising more funds.

The famous investment fund in the game/Web3 segment, Animoca Brands, claimed to be affected by the FTX - Alameda case, but the impact was not much.

Animoca Brands reassured investors that the fund's financial health remains strong with $214 million in cash, $940 million in crypto assets and $3 billion in crypto reserves. The fund is currently investing in around 380 crypto companies in the Web3 segment.

Celsius, a cryptocurrency lender that went bankrupt in July 2022, said it holds 3.5 million Serum (SRM) on FTX, as well as a loan of $13 million to Alameda Research.

Investment app Matrixport said three of the company's crypto savings products were exposed to FTX with 79 affected users, but did not disclose specific damages.

After admitting to holding $175 million on FTX, the market maker on the evening of November 11 said it had received a $140 million bailout from parent company Digital Currency Group.

Yuga Labs, the company behind the NFT Bored Ape Yacht Club collection and the Otherside metaverse project, claims to be unaffected by moving funds out of FTX.US before the exchange stopped allowing withdrawals.

Most of the company's assets are in the form of deposits in bank accounts and investments in government bonds.

It is highly likely that the number of crypto organizations/projects/companies that admit to being involved from FTX-Alameda will continue to increase in the near future when we cannot understand the extent of the impact of the incident.