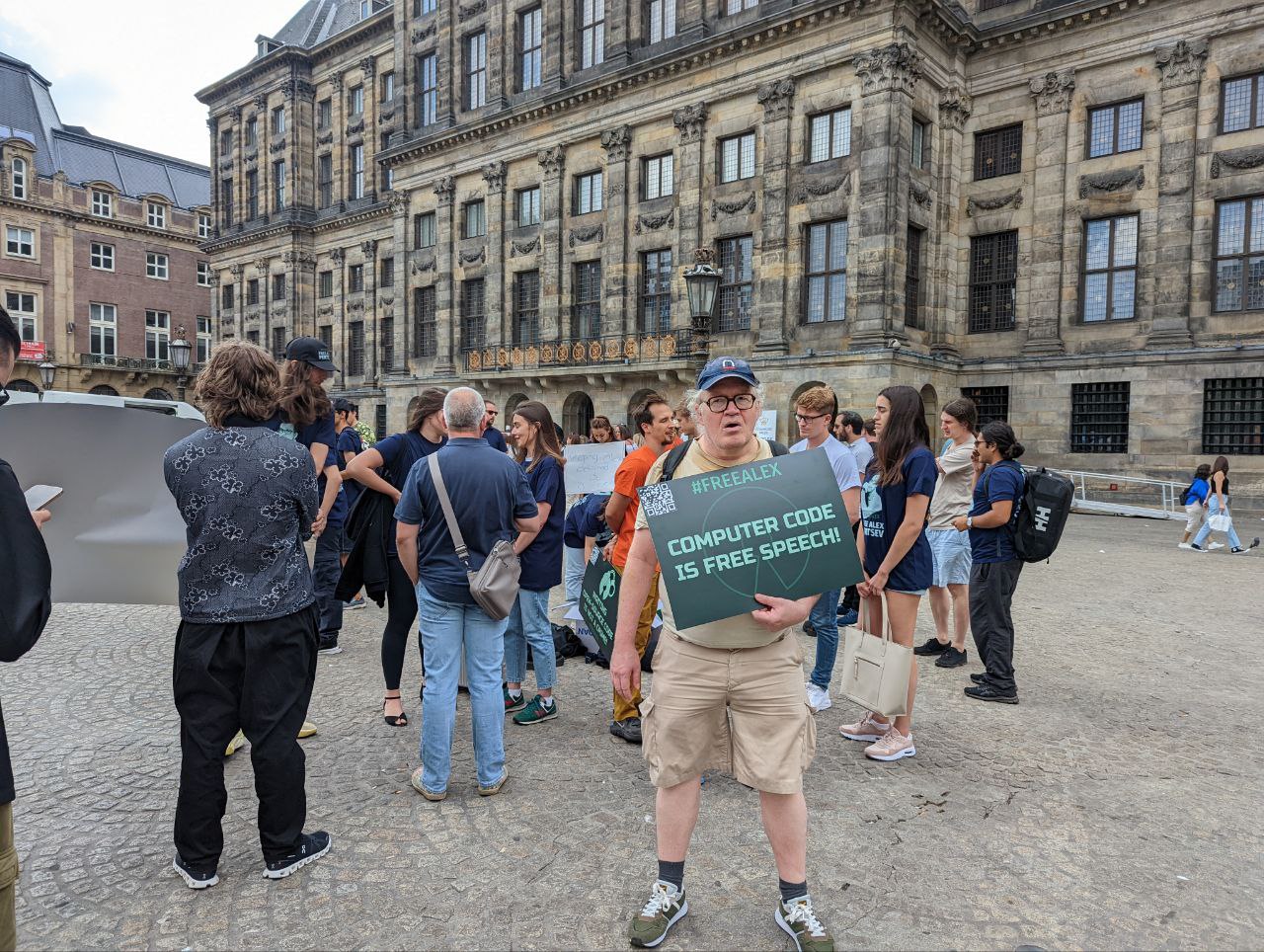 “It's not clear what arguments they have about not releasing my husband under house arrest. The attorneys have confirmed they keep him for an additional 90 days, but I have not seen any official documentation that would justify this.”

Under Dutch law, people suspected of breaking the law can be held in pre-trial detention for up to 110 days, during which time charges and public hearings will have to be established. initial declaration.

As of August 17, no charges have been filed against Pertsev, according to the DeFi Education Fund, a DeFi-friendly policy advocacy group that advocates for the non-public use of open source data. centralized like Tornado Cash.

Disgruntled by the decision, in Amsterdam, the crypto community gathered to protest to demand the release of the developer. They chanted the slogan "open source is not a crime" and called on the government to catch the real criminals, not innocent developers.

Tornado Cash is banned by the US

As reported by Crypto Fox News, the US Department of Treasury has approved the Office of Foreign Assets Control (OFAC) to sanction the Tornado cryptocurrency mixer Cash on 08/08. From there, any entity that still interacts with this protocol will be classified as illegal.

In a nutshell, Tornado Cash is a "money mixer", which scrambles the origin and almost wipes the transaction trace on the blockchain, to increase privacy and make tracking difficult. It is because it is an open source and completely decentralized project that has made Tornado Cash a "thorn" in the eyes of governments and law enforcement agencies.

Circle ordered an immediate freeze 75,000 USDC in sanctioned wallet addresses, but had the first implication, sparking controversy over the cryptocurrency's decentralization and anti-censorship chemical. Meanwhile, Tether has maintained its decision to support Tornado Cash pending a clear request from the authorities.

And it was this blockade that sparked the new decentralization debate. Tensions escalated when the Dutch authorities Netherlands arrested a developer of Tornado Cash and&nbsp ;his wife also recently criticized when claiming that her husband is being treated badly and creating open source software does not deserve such criminalization.