In July 2022, Reddit launched an NFT collection called Collectible Avatars, marking an important step for this social network when it comes to digital assets. 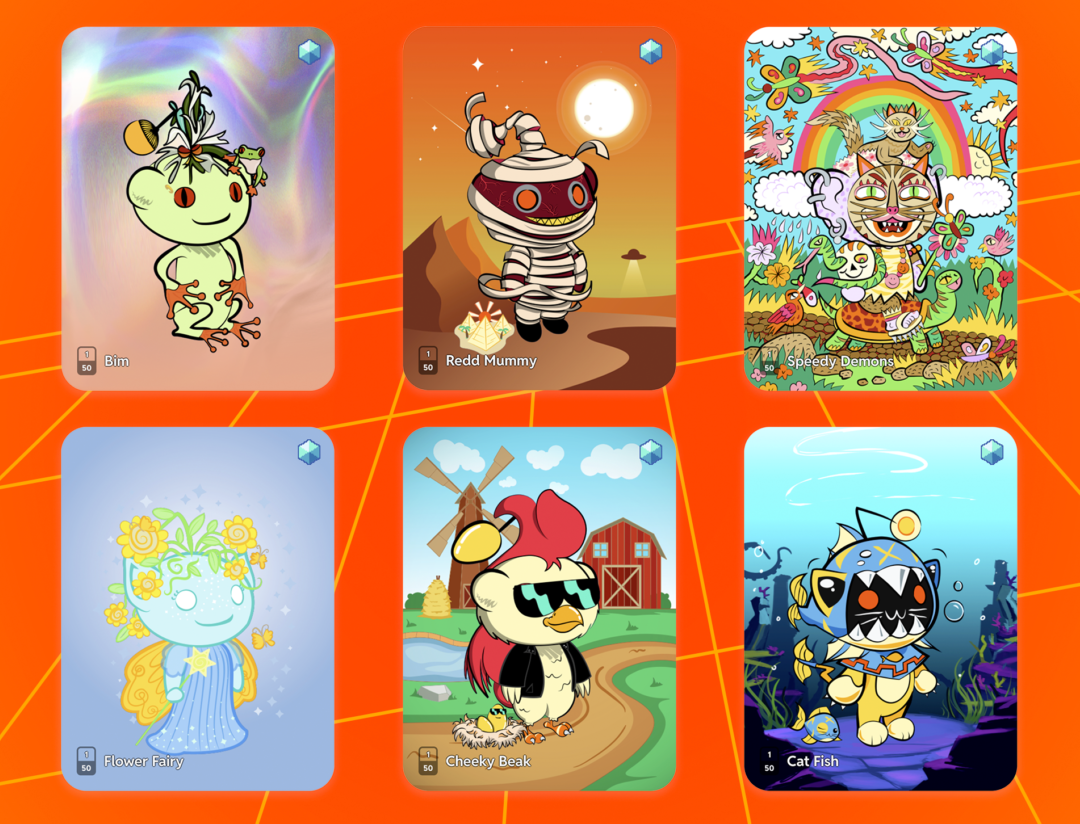 These NFTs act as Reddit user avatars, have some extra special effects, and are customizable.

However, in general, the feature of NFT is just PFP - the user's avatar, not as diverse as other popular NFT collections.

Since its launch, Reddit Collectible Avatars has become a new craze in the global digital user community.

According to figures from Dune Analytics, the number of NFT holders has reached 2.8 million – a huge number for an NFT collection.

NFT sales so far have reached nearly 2.4 million USD – especially in a time when NFT is in decline, not hype like at the beginning of the year.

More specifically, among them, 2.7 million people only hold 1 NFT.

In your opinion, is social media an important factor in NFT's widespread adoption?

Or rather, the unique user rate of Reddit NFT is over 90%. This number means that more than 90% of NFT holders only keep 1 NFT as a souvenir, for the main purpose of use and collection, not with the intention of "speculating" as much as with other collections.

If you have experienced sold-out collections but the top wallets have occupied 50% of the NFTs – then you understand the importance of unique users.

All of that combined to create the Reddit NFT craze we saw for the first time.

So in short, why is Reddit NFT so hot?

When NFT is really NFT

Saying so to confirm that Reddit has become a culture, a vibrant community with 1-0-2, and a witness to the development of digital culture.

The Reddit community existed long before NFT launched in 2022. Without NFT, the Reddit forum would still be the same. Still operating normally and attracting both young and old users to join the digital world.

NFT appears to be just a seasoning for a Reddit spiritual dish that is too full of flavor, color, and taste.

This is in stark contrast to current NFT projects. The project's community is built upon that collection of NFTs only and will not function once the NFT does not exist.

While everyone knows how important community is to an NFT project, when looking at how a community is built and maintained today, it can be difficult to find a true “living space”.

If it's not only "share rafters", "alpha leaks" for speculators, it's also just discussions related to floor prices, or how to help NFT increase prices.

It is difficult for the project to build a community beyond the NFT framework and is therefore also bound around the NFT. That's why there are early communities that are so vibrant, with so much activity that there is no way to count. But when the NFT dump price is strong, the momentum is gone, the community is no longer active.

To be fair, it's impossible to compare Reddit to the community of an NFT project - that's childish.

But we can learn to put “community first” – having a community and then launching NFT is not too late.

As the NFT segment grows, a series of new projects are born that seek to compete with each other and attract users. Since then, they have come up with many more features for NFT, such as representing early access, VIP tickets, free gifts, often used in GameFi, virtual world metaverse.

All those features are for the sole purpose of keeping users in the face of new “temptations” every day, motivating them to hold NFT to keep the price.

But with Reddit Collectible Avatars, things are completely opposite:

– Graphics are extremely simple, neither “bad” nor impressive;

– No other features yet;

– While there are many predictions for other developments in the future, Reddit itself has not promised anything.

What we thought to be the “disadvantage” of an NFT project turned out to be the “pro” that brought the Reddit NFT to life.

Recalling the once-popular Loot (AGLD) project also came up from a very simple NFT base, thereby giving a large space for users to unleash their creativity . So is the Reddit NFT.

Even with the largest community on the Internet, NFT under the hands of the Reddit community has brought extremely interesting things .

And then the purpose of NFT is just that: to bring users moments of relaxation and entertainment with a group of people with similar interests.

Of course, when you buy an NFT, you own it. But why say users "own" Reddit NFT and other projects don't?

Because all the creative work and content surrounding Reddit NFT is decided and built by the community itself – there is no need for too much intervention from the publisher.

From the very beginning, Collectible Avatars sub-collections were all voluntarily contributed by independent artists on the Reddit forum. Each artist will post an article describing their collection, where the ideas come from and what the NFTs mean. Of course, each artist's personal experience is not the same, so the meaning of each NFT set is not the same. Users who like any artist, sympathize with any experience, will buy that collection.

For example, with the Protectors of the Forest series, author Laura D came up with the idea of ​​​​combining her love of nature and cute and cute characters. You can see the artist's post here .

After owning an NFT, go to r/CollectibleAvatars to exchange with everyone!

Try to guess which NFT this is ( Who's That Avatar? ) or participate in telling the story of your NFT ( What's your avatar's story? ). These activities have no rewards but are fun for everyone.

Reddit NFT is in stark contrast to other projects – where they can only attract active users through airdrops and rewards.

As the Halloween season approached, the artists also released a version of Halloween for the NFT. "Spooky Season Collectible Avatars" with horror and Halloween-themed characters - cultural colors of Western countries.

The Reddit Collectible Avatars craze has helped us rethink the true value of NFTs, or digital works.

It's not a ton of new features, it's not fancy art or FOMO comes from speculative purposes.

Reddit NFT explodes because it brings a highly personalized product that represents the digital identity of users on the Reddit platform.

Of course, NFT would not have been successful without being built on Reddit's already established community base. But that word also helps us realize the lesson that:

The world of digital works, digital collectibles must be a place where the community owns .

In addition, with the success of Reddit, it is very likely that in the future other social networks will join the field. This helps bring NFT to the traditional public, not just the crypto market.