What is MEV (Miner-Extractable Value)?

For many of you who are interested in the Ethereum network, you must have come across the concept of MEV (Miners-Extractable Value) several times. However, this concept is still quite confusing and strange because it is still very much in terms of infrastructure. Therefore, learn about MEV today to better understand this issue!!! 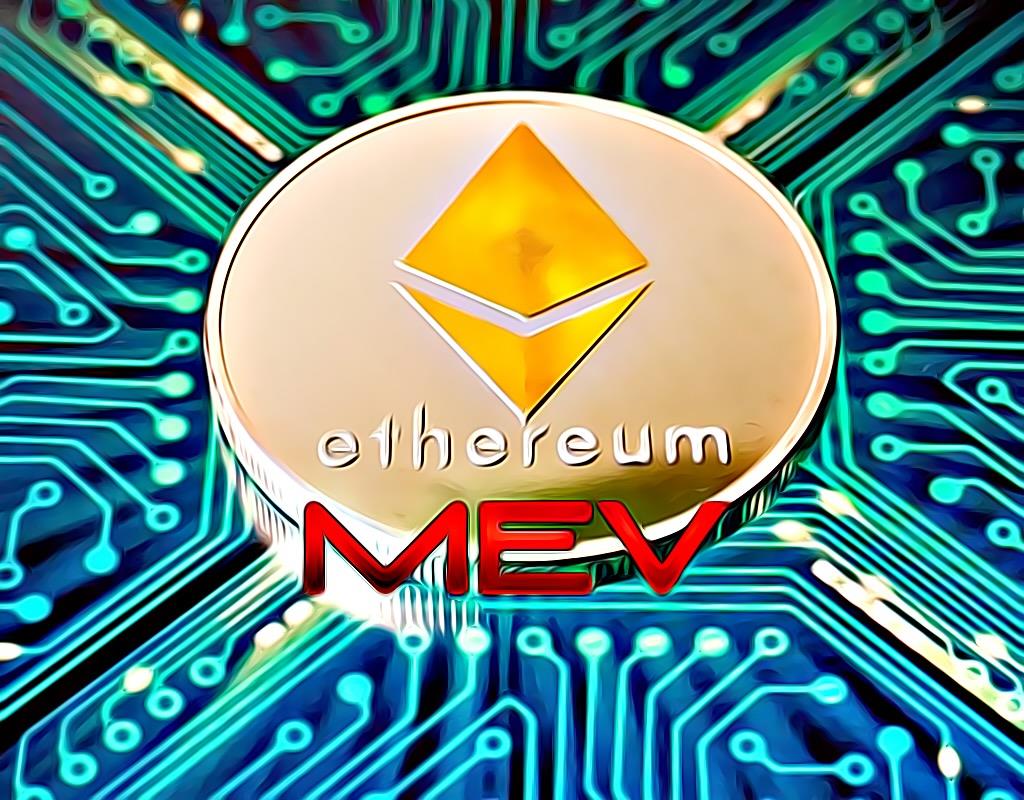 Miner Extractable Value (MEV) is a measure of the profit a miner (or validator, sequencer, etc.) can make through their ability to arbitrarily include, exclude, or reorder transactions within the blocks they produce.

With Ethereum's current operating structure, miners will be able to choose which transactions to put in the block and then proceed with validation. So, we have the concept of "extractable values" - the amount of value that miners can collect, thanks to the cooking and rearranging of transactions.

Why should ETH users care about MEV?

Since the Ethereum network is constantly criticized by the issue of gas fees, users who regularly interact on this blockchain need to be mindful of the volatility of transaction fees. This volatility is caused by the “Gas War” which I will explain more in the “MEV Harms” section below.

How is MEV exploited?

One of the earliest forms of MEV users experienced was front run by bots that simply replicated user transactions with a higher gas price, so miners would choose their more expensive transactions over others. Although front-end execution has evolved and is no longer represented that way, miners are now taking advantage of such attacks. The initial run occurs when the miners make a profit by placing their specific transaction right in front of the users, causing the latter to fail while the miner's transaction is successful and profitable. This occurs because miners can rearrange transactions at their own will, using their insider position to execute a trade first by taking advantage of trading opportunities signaled by user transactions.
In addition to forward execution, the most common MEV attacks also include reverse execution, which refers to miners profiting by taking advantage of how the execution of users' transactions will change market conditions and placing their specific transaction right after the users' trades, users.

A sandwich attack is the combination of the previous two to specifically profit from and take advantage of the transaction submitted by users.

All these forms of MEV can only be executed by miners, as they are the only ones who have the power to organize transactions within a block. This type of value extraction can occur due to the design of the Ethereum mempool, as the only motivation for miners to include transactions in a block is the amount of rewards they will earn.

First, the most common is front-running  (roughly understood as a miner will insert his transaction in front of the user to capture the profit from that transaction). The way to do this is simply to set the gas level higher than the user's transaction, thereby arranging for pre-authentication.

However, not 100% of the problem originates with the miners. MEVs can be deployed by a third party (transaction tracking bots). These bots can monitor and set their own gas fees to collect their MEV value.

Harms and effects of MEV

This will basically help rebalance the market price, coordinate liquidity reasonably between exchanges. However, the problem arises when too many bots try to raise the transaction fee for an arbitrage opportunity.

Consequently, when the market fluctuates sharply in price, the more arbitrage opportunities, the more intense the gas cost war will be. At the same time, this exacerbates the gas problem when there is strong market volatility.

In addition, because transactions are pushed back, users may have to accept unfavorable exchange rates , making the DEX trading experience worse.

If you haven't heard of EIP-1559, you can find out the key details of this proposal in the podcast below:

The EIP-1559, in theory, should allow for a gradual increase in transaction fees (when there is market volatility), instead of a sudden and unpredictable shock as before. Thus, the war on gas costs will be restrained from there? The answer is both yes and no.

Since the base fee after eip-1559 is burned, the strength of the miners is somewhat reduced, as they cannot get the transaction fee back after the gas fee war.

However, this upgrade is unlikely to completely solve the problem, when the "tip fee" (the amount of extra fees paid to encourage miners) still moves up and down at the discretion of the person making the transaction, and this does not. may prevent third parties from arbitrage hunting. They are even willing to pay extra to mint NFTs post-London upgrade.

In September 2020, Chainlink introduced a solution for MEV called FSS (Fair Sequencing Services) . Accordingly, they will build an oracle network in the middle, rearranging transactions in chronological order sent to Mempool, thereby sending this order back to the smart contract that the user wants to interact with on the blockchain.

Note: Mempool is the place to receive transaction validation requests, from here, miners will select transactions, then put them in the block to validate and put on the blockchain.

However, having a unit in the middle will still raise questions about decentralization (although Chainlink has emphasized the “fairness” of this solution).

The specific roadmap of this solution has not been published in detail yet, so the effectiveness of the FSS will still take time to answer.

Flashbot is an organization funded by Paradigm. They were born with the principle of making MEV-related activities transparent.

So we've gone over some of the concepts and issues surrounding MEV. If you are interested in in-depth issues of the DeFi market, you can join the discussion in the Fomo Sapiens community !!!