After more than half a year with many "storms" in the operating system, DEX SushiSwap (SUSHI) has begun to comprehensively restructure project personnel for an upcoming new journey. 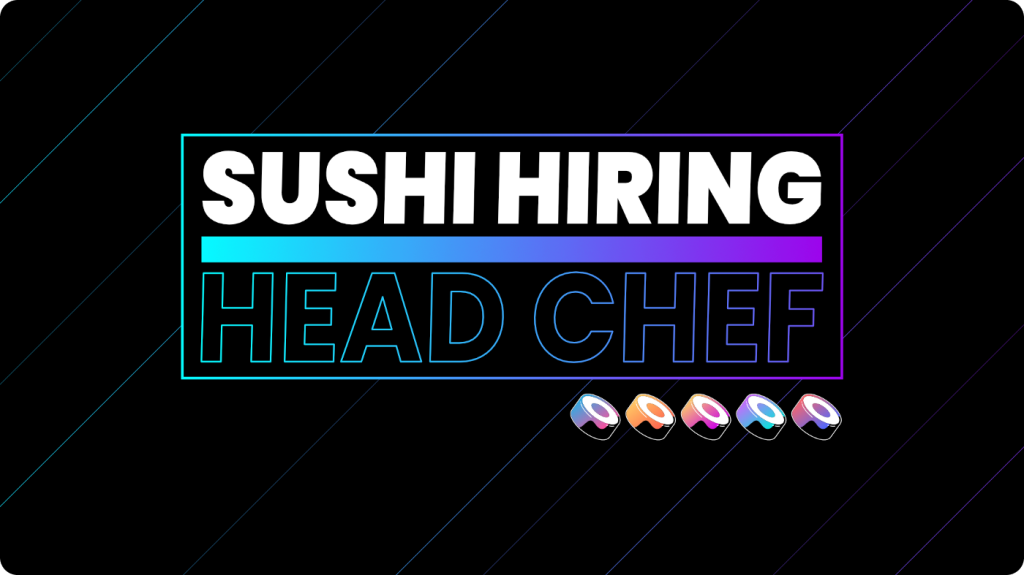 SushiSwap's latest move has made the public feel extremely surprised after this. The “mess” that the platform leaders caused at the end of 2021, causing SushiSwap to fall straight from the DEX with a large market position to a protocol that can no longer squeeze into the top 100 with market capitalization. The market is just over 100 million USD

The story begins on September 17/ 2021, The most important development of SushiSwap, known anonymously as 0xMaki, unexpectedly resigned for unknown reasons.

This event makes the SushiSwap community as well as the entire project like a "headless snake", because 0xMaki is the "god" of the platform, helping SushiSwap bounce back strongly with various products. and bolstered user confidence after the original founder, Chef Nomi rug-pull, sold SUSHI for 37,400 ETH, about $13 million at the time. However, before the outcry of the community, Chef Nomi returned the money. However, the question of the cause of 0xMaki's departure is still a mystery.

It wasn't until 3 months later, ie in December 2021, that the Twitter community spread some evidence that CTO Joseph Delong was the "snooper" behind.

Accordingly, Joseph Delong opened a vote asking 0xMaki to give up the development team to move back to the regular advisory position. Of course, with such culmination of contradictions, it explains 0xMaki's actions. To better understand the overall picture of this drama, please refer to the details in the article below:

On the other hand, when everything came to light, CTO Joseph Delong himself was quickly caught up. was fiercely criticized for his "trick", so he also resigned not long after. With the two leading developers saying goodbye, SushiSwap immediately fell into a serious "crisis", the SUSHI token price continuously plummeted from more than 10 USD to 0.8 USD in 6 months and is trading. around 1.15 USD.

However, because of the amazing success since 0xMaki "engaged" in the development, sometimes the SUSHI Token is also expected by big investment giants with a valuation of up to 100 USD, so Wonderland and Abracadabra proposed to "merge" SushiSwap to support the project, but in fact, most of them are geared towards the ambition to "acquire" more. mentioned, the operation of SushiSwap so far has not been outstanding except for the implementation of phase 1 of the Trident platform on Polygon.However, the future of SushiSwap in the near future may be brighter through adoption. the latest recruitment news, showing great determination to start from scratch. The SushiSwap DEX will delegate the responsibility of administering the DAO and its protocol to three newly established sub-organizations.